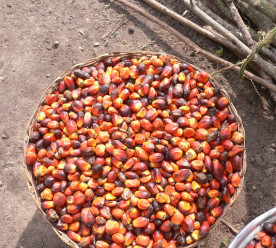 According to the annual Pulse of the Fashion Industry report, the global fashion industry’s overall efforts to operate more sustainability have slowed by one-third, with actions failing to align with the Paris Agreement’s aims. NGO Global Fashion Agenda’s (GFA) annual study, tracks the environmental and social ambitions and progress of the 105 designers and retailers currently disclosing information through the Sustainable Apparel Coalition’s Higg Index. Analysis is translated into an overall “Pulse Score” out of a possible 100 points, with 70 or more points classed as actions significant to align with the agendas of the Paris Agreement and the Sustainable Development Goals. While the Pulse Score increased by four points from 2018, the GFA is concerned that overall measurable sustainability progress has “slowed by one-third”. The GFA claims that the “giant players” in the entry-level price sub-sector have proven a key barrier to progress this year, recording no annual improvement to their collective Pulse Score. GFA and SAC are urging such businesses to closely collaborate with one another and governments to incentivise a race to the top. (Edie)

The International Development Committee (IDC) has warned that the UK must make climate change the cornerstone of international development policy or risk undermining wider aid spending. The UK government must scrap aid for fossil fuel projects around the world and prioritise tackling climate change if it is to have a “meaningful” impact on the climate threats facing developing nations, a cross-party group of MPs has advised. Parliament’s IDC today called on the government to set an example internationally by overhauling the UK’s current oversees aid policy, strategy, and funding to place tackling climate change front and centre. Rory Stewart, newly appointed International Development Secretary, immediately welcomed the report’s over-arching conclusions. The Committee said the UK’s current commitment to spend £1.76 billion annually on dedicated aid for climate-related activities should become the annual minimum. The report argued current aid policy is “incoherent”, pointing to figures showing the UK provided £4.8 billion to fossil fuel projects from 2010-16, compared to £4.9 billion for the International Climate Fund between 2011-17. The Committee’s recommendations have been warmly received by spokespersons from NGO, Christian Aid, and Labour MP, Stephen Twigg. (Business Green)

New Zealand’s government will introduce legislation to tackle climate change today, including a target for cutting methane emissions from livestock by at least 10 percent by 2030. The agriculture sector has criticised the bill as a threat to one of the largest contributors to New Zealand’s economy. The bill will treat methane emissions from animals differently to other greenhouse gas emissions, but still targets a 10 percent reduction in biological methane by 2030, and a reduction of up to 47 percent by 2050. Prime Minister Jacinda Ardern, who has set a goal for the country to be carbon neutral by 2025, said the ‘Climate Change Response (Zero Carbon) Amendment Bill’ is a “landmark action” on climate change. The UN says livestock farming alone is responsible for up to 18 percent of the greenhouse gases that contribute to global warming. However, New Zealand’s main agriculture lobby group, Federated Farmers of New Zealand, said the methane target would hurt the country and do little to help the climate. (Reuters)

Amsterdam to ban petrol and diesel cars and motorbikes by 2030

Cars and motorbikes running on petrol or diesel will be banned from driving in Amsterdam from 2030. The city’s council plans to phase in the change as part of a drive to clean up air pollution, which the authorities blame for shortening the life expectancy of Amsterdam residents by a year. From next year, diesel cars that are 15 years or older will be banned from going within the ring road around the Dutch capital. Public buses and coaches that emit exhaust fumes will no longer enter the city centre from 2022. By 2025, the ban will be extended to pleasure crafts on its waters, mopeds and light mopeds. Under the ‘Clean Air Action plan’, all traffic within the built-up area must be emission-free by 2030. However, the Rai Association, the automotive industry’s lobby group, has expressed concern that thousands of families will be priced out from Amsterdam if they are unable to afford an electric vehicle. Amsterdam officials plan to help residents switch to electric and hydrogen cars by offering charging stations to every vehicle buyer. (The Guardian)

Department store, Selfridges, has announced that it has achieved a goal of removing palm oil from 100 percent of its own-brand grocery products nine months ahead of schedule. Last year, the retailer publicly committed to remove palm oil from over 300 lines in its ‘Selfridges Selection’ food and drinks products, by December 2019. Yesterday, Selfridges revealed that it had completed the phase-out, replacing the palm oil with alternatives such as rapeseed, soybean and sunflower oils. Selfridges has additionally confirmed that it will launch its own range of palm-oil-free cakes and mince pies for Christmas, after stocking Iceland’s version of the pies last year in a symbolic move against deforestation driven by palm oil. Selfridges claims it is the first department store in the world to remove palm oil from all its own-brand grocery ranges. Other retailers have also taken action to reduce their use of the commodity, such as Iceland which committed itself to removing palm oil from all of its own-brand lines by the end of 2018. Unable to meet its own ambitious deadline, Iceland was then forced to drop its name from 17 foods. (Edie; The Guardian)