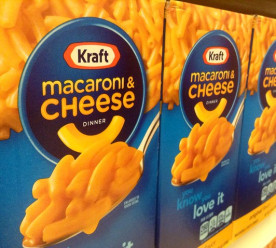 A landmark report by UN agency, the Intergovernmental Science-Policy Platform on Biodiversity and Ecosystem Services (IPBES), has revealed that a million species are at risk of extinction, natural ecosystems have lost about half their area and only three percent of the world’s oceans are free from human pressure. The report, which is the most thorough state-of-the-planet study to date, makes clear that our current economic system is harmful to nature and capitalism ignores the many ways that natural systems support the generation of food and wealth. In response, the British government has commissioned a report by Sir Partha Dasgupta, a professor at University of Cambridge, on the economic case for biodiversity. The report by Dasgupta will chronicle the environmental costs of neglect and destruction, and the economic benefits of biodiversity protection. Cristiana Pașca-Palmer, Executive Secretary of the Convention on Biological Diversity, said the global response showed the nature crisis is higher than ever before on the political agenda. She hoped governments will now commit to ambitious measures ahead of next year’s UN biodiversity summit in Beijing, which will set global targets for the following decades. (The Guardian; Quartz)

Official petition calls for jet fuel to be taxed

The tax-free status of aviation fuel could soon end after the European Commission agreed this week to register an official petition that calls for an end to kerosene’s tax exemption. Campaign group Taxing KerosenEU Citizens’ Initiative was successful in lodging a “legally admissible” petition with the Commission, and the EU executive concluded that it is within its area of competence to get involved with environmental and indirect taxation matters. The petition calls on the Commission to “propose to member states the introduction of a tax on aviation fuel (kerosene)” claiming that “the aviation sector enjoys tax advantages despite being one of the fastest growing sources of greenhouse gas emissions”. International agreements currently grant airlines the exemption, but a revision of the Energy Taxation Directive is seen by experts as a way of ending kerosene’s freedom from tax. If the petition garners at least one million signatures from at least seven different countries over the course of a year, the Commission will be obliged to examine it and respond within three months. (Edie)

Brunei has backtracked on enforcing laws introduced last month that would have made sex between men and adultery punishable by stoning to death. Sultan Hassanal Bolkiah on Sunday extended a moratorium on the death penalty to cover the new legislation. The rethink follows global outcry over the laws that were introduced on 3rd April, including boycotts and celebrity protests. In announcing that a moratorium on the death penalty would be applied to the Syariah Penal Code Order (SPCO), the sultan also said the “merit” of the new rules would become clear. The speech marks the first time the country’s ruler has spoken publicly about the legislation since their introduction. Commonwealth Secretary-General Patricia Scotland said she was “delighted the death penalty has been removed and that the de facto moratorium which has been in place for more than two decades, will also cover the SPCO”. However, human rights advocates have urged that diplomatic pressure on Brunei should not be eased until anti-LGBT+ laws are completely repealed. (BBC; Thomson Reuters Foundation)

American food company, Kraft Heinz, has been forced to restate nearly three years of results, after an internal investigation uncovered serious accounting problems. An internal probe, launched after the company received a subpoena from the US Securities and Exchange Commission (SEC) earlier this year, found evidence of “misconduct” in its procurement operations. Discrepancies uncovered during an internal investigation would require more than $180 million in adjustments to fix errors in previously issued accounts for 2016, 2017 and the first three quarters of 2018. “The review identified additional misstatements, which may or may not have resulted from the misconduct,” Kraft Heinz said. Rebates and upfront payments from suppliers, some of which had been contingent upon future events, had been booked too soon instead of over the length of the contracts. The effect was to flatter short-term profits. Kraft Heinz, whose accounts are audited by PwC, said the required changes equated to between 0.7 and 1.5 percent of adjusted profits in each of the three years in question. (Financial Times)*

Sustainability rating for space debris to be created

Teams from the MIT Media Lab, the European Space Agency (ESA), and the World Economic Forum have been chosen to create a rating system and global standards for space waste mitigation. Space is becoming increasingly congested, heightening the risk of damaging collisions. Governments already provide guidelines to companies operating within their borders, to help reduce the amount of space debris produced. However, multiple companies are planning to launch large constellations of satellites that will quickly increase the number of spacecrafts in orbit and eventually add to the space waste problem. To address this issue, and to foster global standards in waste mitigation, the World Economic Forum has chosen a team led by the Space Enabled Research Group at the MIT Media Lab, together with a team from the ESA, to launch the Space Sustainability Rating (SSR), a concept developed by the Forum’s Global Future Council on Space Technologies. Similar to rating systems such as the LEED certification used by the construction industry, the SSR is designed to ensure long-term sustainability by encouraging more responsible behaviour among countries and companies participating in space. (MIT News)