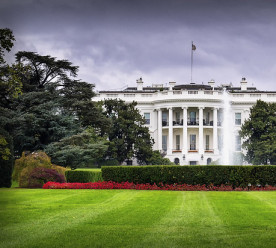 The Turner prize and its 2019 sponsor, bus company Stagecoach, have parted ways just one day after the partnership was announced. On Wednesday, there was anger and a degree of disbelief when it was revealed that a company founded and chaired by a wealthy campaigner against gay rights would be lead sponsor of the prize this year. Stagecoach South East had been brought on board by this year’s host venue, Turner Contemporary in Margate, which saw the local bus company as a good match. Stagecoach’s company boss, Sir Brian Souter, one of Scotland’s richest men, has used his wealth to fund a campaign to retain the anti-gay law section 28 and has warned that society may implode if “traditional” marriage fails. A letter prepared by artists, and signed by former Turner prize winners, objected to Stagecoach South East’s involvement. A statement released by Stagecoach said “we are absolutely committed to diversity in our company, however we do not want anything to distract from celebrating the Turner prize artists and their work.” (The Guardian)

Tech giant Facebook is banning several prominent figures it regards as “dangerous individuals” from the social media platform. Facebook’s ban represents a crackdown on leaders of far-right news sites and those expressing anti-Semitic and white supremacist views using the network as a platform for hate speech. The latest ban also applies on Instagram, which Facebook owns. However, Facebook has faced criticism for giving forewarning of the bans, giving those affected a chance to redirect their followers to other services. In response, the social network said it would remove pages, groups and accounts set up to represent them, and would not allow the promotion of events when it knows the banned individual is participating. The move has come after mounting pressure for social media companies to tackle the spread of hate speech. This has gathered momentum since the Christchurch shootings earlier this year, when social media was used to livestream the attack. (BBC News)

UK Supermarket Sainsbury’s has committed to remove all black plastic packaging from its own-brand products by March 2020, as part of a sweeping new set of plastic reduction pledges. As a first step towards its new black plastics target, Sainsbury’s will remove the material from its own-brand fresh food lines by the end of 2019, with packaging for frozen and ambient goods set to be switched in the first quarter of 2020. The packaging will be replaced with either clear or light-coloured plastic, or bio-based alternatives. Waste sorting machines typically cannot detect black plastics because of the carbon pigment, which mean they generally get sent to landfill or incineration. Overall, the UK is estimated to send more than one million tonnes of black plastics to landfill every year. Sainsbury’s is striving to remove 1,380 tonnes from its business in the next 12 months, with other phase-outs set to include all polystyrene, all PVC plastic shrouds on clothing. (Edie)

US Democrats signalled support for the Paris climate deal on Thursday, in the first major climate legislation in almost 10 years to pass one of the houses of congress. The Climate Action Now Act, which is sponsored by 224 Democrats and over 50 NGOs including WWF and Oxfam America,  prohibits the use of federal funds in leaving the Paris Agreement. The legislation seeks to compel the administration to adhere to its climate pledges and cut off funding for the US withdrawal from Paris. However, with a Republican-controlled senate highly unlikely to give it any floor time and a White House threat to veto, its value is largely symbolic. Anti-climate, Republican groups have come out against the Act arguing that “the Paris climate treaty would place the US economy at a global disadvantage by locking the country into energy-rationing policies that competitors, like China are not pursuing”. Supporters of the Act say it sends a message of hope “that not everyone agrees with president Trump to withdraw from Paris and abdicate on climate.” (Business Green)

Investors should not be formally assessed on the outcomes of investments made in line with the UN’s Sustainable Development Goals (SDGs), according to Norges Bank Investment Management (NBIM), one of the world’s biggest asset owners. NBIM, manager of Norway’s NOK8.9 trillion (€919 billion) sovereign wealth fund, said it did not support adding outcome-based reporting on the SDGs, in a written response to the Principles for Responsible Investment’s (PRI) reporting review. NBIM argued in a letter to the PRI Association that it was difficult to measure an investor’s direct impact on the SDGs, and that the inclusion of outcome-based reporting was drifting away from the PRI’s founding principles. NBIM also said that, for many investors, achieving the SDGs was not necessarily part of their mandate and so they should not be expected to report potential outcomes of their investments in this way to the PRI. However, the PRI has said that reporting how companies incorporated ESG factors not only encourages positive change in financial markets, but also gives signatories an opportunity to compare their performance with peers, allowing for feedback and improvement. (IPE)

On 22nd May 2019, in partnership with the London Benchmarking Group, the Business Charity Awards bring together a network of innovative organisations and professionals to recognise and reward new standards of excellence and lead the way for other organisations to follow. The Awards, brought to you by Third Sector, provide the perfect platform to reflect on your efforts, share best practice and reward your achievements within the community.