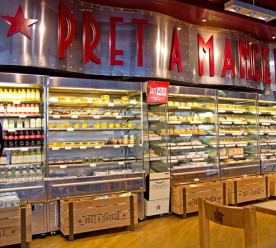 The UK Government has passed a motion to declare a “climate emergency”. During a debate yesterday, Labour Party Leader Jeremy Corbyn tabled a motion for the UK parliament to become the first in the world to declare a climate emergency and create new policies that would “set off a wave of action from parliaments and governments around the globe”. The passing of the motion follows weeks of climate protests, calling for global governments to declare a “climate emergency”. Meanwhile, a new report by the Committee on Climate Change has recommended the UK sets a new-zero emissions target to be achieved by 2050, replacing the current target of 80% against 1990 levels. (Edie)

Malaysia’s Primary Industries Minister, Teresa Kok, has expressed disappointment at anti-palm oil sentiment in Singapore. Some of the largest palm oil companies are headquartered in Singapore, and Singaporean banks are heavily involved in financing the expansion of palm oil production in countries like Malaysia. Kok singled out Singapore Zoo, saying it had “sensationalised” the role that the palm oil trade has played in the plight of orangutans. Kok said that while creating a sustainable consumption and production system for palm oil was important, she warned that it could create “barriers to trade and impinge upon developing nations striving to create more wealth exploitation of their natural resources.” These comments come at a time when Malaysia is fiercely defending the reputation of the palm oil trade as the European Union is planning to ban the use of the commodity in biofuels, because of its ties to deforestation. Kok has called for solidarity between Malaysia and Singapore over its stance towards palm oil. (Eco Business)

Pret to list ingredients on fresh food after customer deaths

UK food retailer Pret a Manger is to begin a national rollout of ingredients lists on freshly-made products from today. This fulfils a pledge to improve labelling after the deaths of two customers who suffered allergic reactions to its sandwiches. The chain will also launch tablet computers in every shop, containing detailed information about ingredients, and make a commitment to bolster transparency by publishing quarterly food safety reports. The company is investing millions of pounds on label printers for every outlet and training thousands of workers as it revamps its systems amid a government consultation on tougher allergen labelling. There has been widespread concern about the issue following two deaths in 2016 and 2017 resulting from the consumption of Pret sandwiches containing allergens. The items did not have any allergen advice on wrappers and there was no legal requirement to do so. (The Guardian)

Dubai hotels to go greener thanks to new initiative

New rules set by Dubai Tourism will require hotels in the city to act more sustainably. The move is part of Dubai’s sustainable tourism vision and outlines 19 requirements that hotels will need to deliver going forward. Among the requirements, properties will need to monitor their use of energy and management of food and water. In addition, training programmes will be provided for staff to create a sustainably-minded workforce and hotels will need to undertake social responsibility programmes in the community. To ensure the project progresses as intended, each hotel group must set up sustainability committees to oversee activities. Hotels’ efforts will be audited in 18 months’ time. The new rules align with the UN’s Sustainable Development Goals, which specify eco-friendly tourism aims. The importance of implementing strong environmental goals for the Dubai tourism industry is growing, with plans to welcome 20 million tourists to the city in 2020. (Lifestyle)

Global sugar producer AB Sugar has partnered with international NGO WaterAid to launch a new initiative aimed at spurring innovation that can solve the challenge of water loss in agriculture. AB Sugar launched the “Innovate Irrigation Challenge” on Monday, in partnership with WaterAid and the Centre for Industrial Sustainability at the University of Cambridge. The Challenge calls on innovators to submit ideas to address global water loss in agricultural practices – primarily focused on sugar production. The winning concept could be scaled up by AB Sugar and its partners to test its viability. Water scarcity now affects more than 40 percent of the global population, a figure that is projected to increase as climate change brings about increased cases of drought and desertification. AB Sugar is directly addressing its relationship with water, after it became the first sugar business to launch group-wide sustainability commitments for 2030. Targets to reduce end-to-end supply chain water and CO2 footprints by 30 percent by 2030 have both been included in the strategy. (Edie)