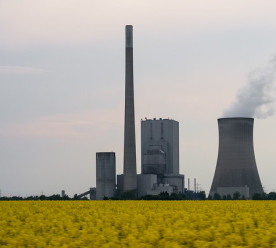 US bank Chase, subsidiary of JP Morgan Chase, has been criticised on social media for sending a tweet ‘mocking’ customers’ spending habits. Offering financial advice on Twitter, the bank appeared to criticise consumers who have low bank balances but buy take-away coffee and short taxi rides. The post was deleted shortly after it was published on Monday, but critics highlighted the bank’s own financial practices when in 2008 Chase received a $25 billion government bailout in the US foreclosure crisis. The post mimicked a conversation between a Chase customer and their account about a low bank balance. When the hypothetical bank user fails to see that buying take-away coffee or taxi rides could be behind their drained finances, the ‘account’ replies “seriously?” Democratic Congresswoman Katie Porter has called on the bank’s chief executive to apologise. (BBC)

Anglo-Dutch oil giant, Shell, is facing calls from a shareholder group, Eumedion, to use its position as the joint owner of Brunei’s biggest oil and gas venture to push for gay rights in the country. Brunei has provoked global criticism and business backlash since the south-east Asian nation introduced a harsh new law making crimes including gay sex, adultery and abortion punishable by stoning to death. Shell has long been a champion of LGBT rights, having a long-standing LGBT employee support network and sponsoring  gay pride events globally. Shareholders are now voicing concerns about how the laws will affect its 3,500 employees in Brunei. Eumedion, a Dutch corporate governance group backed by 60 institutional investors, will encourage Shell to use its influence with the Brunei government to press for the improvement of LGBT rights. Eumedion counts large Shell shareholders including BlackRock, Standard Life Aberdeen and Capital Group among its members. (Financial Times*; CNN)

US renewables production outstrips coal for first time ever

In April 2019, the US renewables sector generated more electricity than the country’s coal power plants for the first time, according to analysis by the Institute for Energy Economics (IEEFA). The prediction, which was made earlier this week by the IEEFA, hailed the shift as the beginning of a “tipping point” which will see “renewable output begin outpacing coal more and more frequently.” The Energy Information Administration (IEA) estimates show renewable energy – classified as hydro, biomass, wind, solar and geothermal power – generating 2,322 and 2,271 thousand MWh/day in April and May respectively, topping coal’s projected output of 1,997 and 2.239 thousand MWh/day over the same two months. However, April’s results are partly seasonal, with coal stations often closing during parts of the spring for maintenance, in preparation for demand spikes through the summer and winter. The report anticipates a continued decline for the US coal industry, despite vocal support from President Donald Trump. With a remaining capacity of 240GW, the coal industry’s energy generation is at its lowest level since 1979, according to IEA figures. (Business Green)

Suntory Beverage & Food Europe, the parent brand of soft drinks giants PepsiCo, Nestle Waters and Lucozade Ribena Suntory’s (LRS), is supporting a new plastics recycling technology which uses enzymes to process waste. Developed by French green chemistry firm Carbios, the method involves applying a liquid mixture of enzymes to used PET plastics and polyester fibres. Through a reaction similar to digestion, the enzymes break the polymers down into small materials which are of “equivalent quality” to virgin PET, according to Carbios, making them ready for reuse in new plastic packaging. Carbios claims the approach can be used for all forms of PET and it requires “limited” heat and no pressure or solvents to complete. Carbios previously launched the business consortium, which Suntory Beverage & Food Europe joined this week, with health and beauty firm L’Oreal, to bring the recycling process to market on an industrial scale. The move comes as all participating businesses are striving to meet their WRAP UK Plastic Pact pledge to ensure that 100 percent of their plastic packaging portfolios are recyclable, reusable or compostable by 2025. (Edie)