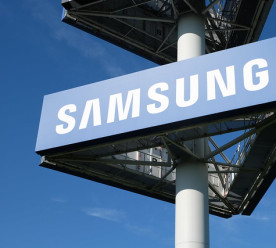 Staff of Samsung biopharmaceutical unit are accused of destroying evidence

Two executives of South Korean tech giant Samsung’s biopharmaceutical unit have been arrested on suspicion of destroying evidence to cover up an alleged ₩4.5 trillion ($3.9 billion) accounting fraud, renewing questions about governance at South Korea’s biggest conglomerate. The Seoul Central District Prosecutors’ Office on Monday arrested an executive and another employee at Samsung Bioepis, the biosimilar unit of Samsung Group, for falsifying and destroying evidence and violating the country’s audit law. The pair are the first Samsung employees to be arrested after prosecutors launched a probe into the case late last year. According to prosecutors, the two employees arrested are suspected of destroying key accounting records and internal documents ahead of the investigation by financial regulators and prosecutors. The investigation has cast doubt over the long-term growth strategy of Samsung as the group is struggling to find new growth drivers beyond semiconductors and smartphones. (Financial Times)*

Directors at companies including global tech company, Amazon, and American supermarket giant, Walmart, are being called on to step up their fight against sexual harassment. This comes as the #MeToo movement forces its way on to the agenda of US annual meetings for the first time. Campaigners have argued that investors should vote in favour of strengthened board oversight to prevent further scandals because such controversies can damage corporate reputations and wipe billions of dollars off market capitalisations. In a sign that the scrutiny is leading some companies to review their stance, activists have demanded a shareholder ballot on the issue at US media corporation, CBS. Amazon, which campaigners are calling on to consider the release of statistics including the number of disciplinary actions, said it “does not tolerate sexual harassment.” Elsewhere, United for Respect, which represents retail workers, has called on Walmart to compile a report reviewing how it dealt with sexual harassment allegations. Walmart’s responded by saying a report would be “unnecessary”. (Financial Times)*

Bangladesh has launched an online job portal to help reduce high fees for migrant workers and curb their abuse by unofficial middlemen.. The government-run website was established by the United Nations International Organization for Migration (IOM) and Bdjobs.com, a local website, and launched on Sunday. The portal will connect job seekers with the country’s licensed recruitment agencies directly in a bid to cut out unofficial middlemen, who activists say have dominated and often abused the system for migrant workers for decades. The current informal recruitment system involves brokers, who often give false promises about jobs and pay to entice workers then charge high fees that trap them in debt bondage. Bangladesh is one of the most expensive nations in the world for those seeking to work overseas, with some migrant workers paying fees of up to $8,500. While the country has over 1,200 licensed recruitment agencies, they are out-of-reach for a huge section of job seekers. The online portal aims to solve this problem. (Eco Business)

Plastic bags claiming to be biodegradable were still intact three years after being exposed to the natural environment, a study by the University of Plymouth’s International Marine Litter Research Unit has found. The study tested compostable bags, two forms of biodegradable bag and conventional carrier bags after long-term exposure to the sea, air and earth. The compostable bag sample had completely disappeared after three months in the marine environment, but more work is needed to consider any potential environmental consequences. After three years the biodegradable bags that had been buried in the soil and the sea were still intact and able to carry shopping. The study raises the question of whether biodegradable formulations can be relied on to offer a sufficiently advanced rate of degradation and therefore a realistic solution to the problem of plastic litter. Vegware, which produced the compostable bag used in the research, said the study was a timely reminder that no material was magic, and could only be recycled in its correct facility. (The Guardian)

The UK’s official adviser on climate change, Climate Change Committee (CCC), is to release its review on whether the UK should strengthen its long-term emissions targets on Thursday. As reported by The Financial Times yesterday, CCC is set to recommend the government adopt a new net zero emission goal for 2050, to replace the current target of an 80 percent cut against 1990 levels. If adopted, the proposals would give the UK the tightest emissions rules of any leading economy. This comes after over a week of demonstrations by environmental activist group, Extinction Rebellion, which called on the UK government to reduce greenhouse gases to zero by 2025. Today also sees the official launch of a new cross-party Environmental Justice Commission by the IPPR thinktank, which will be co-chaired by Labour’s Ed Miliband, the Green Party’s Caroline Lucas, and former Conservative MP Laura Sandys. The new commission aims to bring together leading figures from business, trade unions, civil society, academia, and climate activists to explore the practical policies that could help deliver a rapid net zero transition and enable a ‘Green New Deal’. (Bloomberg; Business Green)