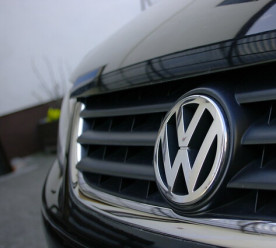 Landsec and RBS become first companies in the world to join RE100, EV100 and EP100

UK property developer, Landsec, and the Royal Bank of Scotland (RBS) have become the first two firms in the world to have joined all three of The Climate Group’s sustainable business programmes – RE100, EV100 and EP100. The initiatives focus on sourcing 100 percent renewable energy, switching to 100% electric vehicles (EVs) and achieving maximum energy productivity, respectively. Today, both Landsec and RBS also committed to the EV100, which aims to help make zero-emission transport “the new normal” by 2030. Under EV100, RBS will replace 300 vehicles fleet with fully electric alternatives on an ongoing basis. To support this shift, it will install a further 450 EV chargers by 2025 and increase this to over 600 by 2030. Meanwhile, Landsec has pledged to ensure it has at least 300 EV charging points installed across its UK portfolio of retail, leisure, office and domestic properties by the end of 2019. In total, EV100 has spurred the adoption of 10,000 low-carbon vehicles to date and is now targeting two million vehicles by 2030. (Edie)

UK Prime Minister, Theresa May, and her senior ministers have approved the participation of Chinese tech company, Huawei, in some non-core parts of Britain’s 5G data network, but have banned the company from participating in sensitive core parts of the project. The decision made yesterday was taken despite warnings about the security risks from ministers including Gavin Williamson, defence secretary. However, those close to the meeting say the decision was signed off collectively and that security concerns were reflected in the restrictions limiting Huawei’s involvement to non-core parts of the 5G project. According to a briefed source, May approved “in principle” the recent assessment by the National Cyber Security Centre, part of GCHQ, that the risk from Huawei to future 5G telecoms networks could be mitigated. Despite other members of intelligence alliance, Five Eyes, agreeing to ban or block Huawei, the UK has so far resisted pressure from Washington, with intelligence chiefs arguing they already have systems in place to monitor and protect critical UK telecoms networks. (Financial Times)*

German carmaker, Volkswagen Group (VW), has joined a collaborative sector initiative aimed at bolstering sustainability and traceability in global mineral supply chains through the use of blockchain technologies. Launched this January by IT giant IBM, the initiative has also received support from competitor Ford, battery firm LG Chem, mining giant Huayou Cobalt and responsible sourcing specialists RCS Global Group. Under the scheme, participating firms use IBM’s blockchain platform and the Linux Foundation’s tracking software, Hyperledger Fabric, to trace cobalt used to manufacture electric vehicle batteries as it moves throughout the supply chain. The technology creates an unbreakable digital ledger ensuring that all processes in the supply chain meet RCS Global Group’s responsible sourcing standards, which were developed by the Organisation for Economic Cooperation and Development. IBM’s general manager for global industrial products and industry, commented that “the initial work by these organisations will be used as a precedent for the rest of the industry to be further extended to help ensure transparency around the minerals going into our consumer goods.” (Edie)

Recyclable plastic shipped to Asia is being illegally dumped, buried or burned in the country with the lightest regulations, environmentalists warned yesterday. A report by the Global Alliance for Incinerator Alternatives (GAIA) and Greenpeace East Asia analysed the top 21 exporters and importers of plastic recyclable waste from 2016 until 2018 – before and after China stopped taking such waste last year. It found that plastic waste imports into Thailand, Malaysia and Vietnam increased exponentially from mid-2017 to early 2018, leading to illegal operations dumping and open-burning, contaminating water supplies, killing crops and causing respiratory illnesses. As such pollution and environmental damage became known in countries like Malaysia and Thailand during 2018, protests led to tighter waste regulations and import restrictions by authorities, the study found. Large volumes of plastic waste then diverted to other countries in the region, like Indonesia and India, where regulations on the waste trade are more lenient. The report calls for greater transparency in the global waste trade. (Thomson Reuters Foundation)

None of the $4.9 trillion forecast to be spent on new oil and gas fields in the 2020’s is compatible with limiting global warming to 1.5⁰C, analysis by NGO, Global Witness, has warned. The study finds that any oil and gas production from fields not yet in production or development would exceed the world’s carbon emissions budget for limiting global warming to 1.5⁰C by the end of the century. Moreover, nine percent of oil and six percent of gas production from even existing fields is incompatible with a 1.5⁰C pathway, Global Witness has said. With every country in the world having signed up to the core goals of the Paris Agreement, the findings expose the extent of stranded asset risk which oil and gas companies are potentially exposed to. Report author, Murray Worthy, said the analysis demonstrated an “alarming gap” between oil majors’ plans to extract more fossil fuels and what the latest science from the IPCC showed needed to happen to avoid catastrophic climate breakdown. (Business Green)