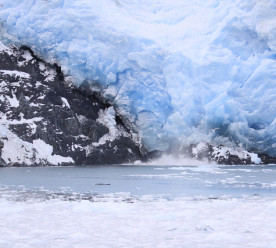 Employees of technology giant Microsoft have published a letter on the software development platform Github in solidarity with tech workers in China. Workers at tech companies in the country have used the Microsoft-owned platform to complain about gruelling working conditions and the “996” standard in the industry, a philosophy endorsed by the tech billionaire Jack Ma. The name is based on the idea of working from 9am to 9pm, six days a week. Microsoft workers called on Chinese tech companies to comply with local labour laws, which limit their workers to 40 hours a week, with a maximum of 36 hours per month of overtime. “These same issues permeate across full time and contingent jobs at Microsoft and the industry as a whole,” the workers said. Users created a list of more than 150 companies they said have inhumane working conditions, including Huawei, Bytedance (makers of the app TikTok), and Ant Financial (associated with Alibaba). It quickly became one of the fastest-growing GitHub repositories in the service’s history, being starred more than 200,000 times. (The Guardian)

Study: Melting permafrost in Arctic will have $70 trillion climate impact

The release of methane and carbon dioxide from thawing permafrost will accelerate global warming and add up to $70 trillion (£54 trillion) to the world’s climate bill, according to the most advanced study yet of the economic consequences of a melting Arctic. If countries fail to improve on their Paris agreement commitments, this feedback mechanism, combined with a loss of heat-deflecting white ice, will cause a near 5 percent amplification of global warming and its associated costs, says the paper, which was published on Tuesday in Nature Communications. On the current trajectory of at least 3C of warming by the end of the century, melting permafrost is expected to discharge 280 gigatonnes of carbon dioxide and 3 gigatonnes of methane, which has a climate effect that is 10 to 20 times stronger than CO2. This would increase the global cost of destruction, adaptation and emissions reduction by $70 trillion between now and 2300. This is ten times higher than the projected benefits from a melting Arctic, such as easier navigation for ships and access to minerals, says the paper. (The Guardian)

The UK grid managed more than 90 hours straight without generating any electricity from coal power plants over the Easter Weekend, energy company National Grid confirmed yesterday. The coal-free period, which came to an end on Monday afternoon, marked the longest unbroken period without coal power stations generating since the Industrial Revolution. Over the period, low carbon sources delivered over half the UK’s power with just 42 percent of the UK’s electricity mix coming from gas and seven percent from imports. A further 23 percent came from nuclear, with 12 percent from wind, 11 percent from solar, four percent from biomass, and one percent from large hydropower. The record comes as demonstrations by the environmental action group Extinction Rebellion were shut down by police in London after a week of protests. Coal has continued to drop off the grid in recent years as the UK’s capacity for cheap, clean electricity from renewables such as wind and solar grows. (Business Green)

As part of a partnership with HSBC, US-based retail giant Walmart has developed a green finance initiative that rewards suppliers for setting, meeting or exceeding ambitious sustainability aims. Called the Sustainable Supply Chain Finance Programme (SSCF) and launched late last week, the scheme will align the sustainability performance of suppliers with their ability to apply for preferential financing packages. Firms which are able to demonstrate good progress on reducing their emissions under Walmart’s Project Gigaton initiative, which is striving to mitigate one billion metric tonnes of greenhouse gas (GHG) emissions across the supply chain by 2030, will be given access to the more funding sources. Walmart notes that 90 percent of its total emissions come from the supply chain. Suppliers taking part in Walmart’s environmental lifecycle analysis scheme for products, called the Sustainability Index Programme, will also be given preferential access to green finance pots. Walmart’s assistant treasurer and vice president for finance Matthew Allen said the move should incentivise a race to the top in terms of supplier sustainability, “sparking innovation and generating value”. “Investing in sustainability can not only lead to higher productivity and cost savings for suppliers, but can also drive their business growth as they make a positive contribution to the world,” he said. (Edie)

The former boss of Japanese carmaker Nissan has been indicted by prosecutors on a fresh charge of aggravated breach of trust. It is the fourth charge brought against Carlos Ghosn and relates to the alleged misuse of company funds. He was first arrested in November and spent 108 days in custody. While out on bail pending a trial, the former auto boss was re-arrested in Tokyo on 4 April. Prosecutors allege that Mr Ghosn made a multi-million-dollar payment to a Nissan distributor in Oman, and that as much as $5 million (£3.8 million) was funnelled to an account controlled by Mr Ghosn. Nissan has also filed a own criminal complaint against Mr Ghosn, accusing him of directing money from the company for his own personal enrichment. Mr Ghosn was first charged with under-reporting his pay package for the five years to 2015. In January, a new charge claimed he understated his compensation for another three years. The case has put a spotlight on fighting within the carmaker alliance formed between Japan’s Nissan, French carmaker Renault and Mitsubishi. Earlier this month Mr Ghosn said the allegations were a plot and conspiracy against him, accusing Nissan executives of “backstabbing”. (BBC News)