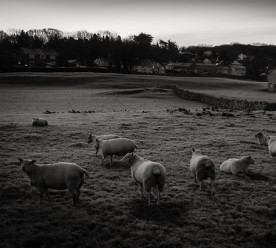 The US outdoor clothing maker, Patagonia Inc., is to start only providing corporate clothing to “mission-driven companies”. The company is tightening the rules to entry of its corporate sales programme, affecting who can buy its corporate logo vests that have become wardrobe staples on Wall Street and in Silicon Valley. Patagonia will no longer create products for just anyone through its corporate sales programme as it shifts its focus to “mission-driven companies that prioritise the planet.” Patagonia wants to add more companies that have the B Corp designation to its client list – businesses that meet certain environmental, social and transparency standards and are certified by a private organization. Patagonia itself is a B Corp and some financial and technology firms also have that status. According to an email from an unidentified supplier, Patagonia was reluctant to sell co-branded gear with companies they consider “ecologically damaging,” such as the oil and mining industries. It also singled out religious groups, political-affiliated organizations and financial institutions. However, existing corporate customers will remain in the programme and still be able to order more branded items from Patagonia. (Bloomberg)

UK-based environmental charity Hubbub today launched a new funding initiative aimed starting or scaling-up coffee cup recycling schemes, with funding support from Starbucks. The ‘Cup Fund’ programme will offer successful applicants grants of between £50,000 and £100,000 each to develop schemes which increase the recycling of disposable paper cups. The funding will be awarded to at least 10 large-scale schemes on a competitive basis and is open to a range of organisations wanting to increase infrastructure but lacking funding, including local authorities, recycling companies, property owners and social enterprises. Hubbub said it launched the ‘Cup Fund’ because, although the UK now has enough specialist recycling facilities to process all of the disposable paper cups used nationwide every year, behaviour change and financing challenges are still preventing organisations throughout the on-the-go drinks sector’s value chain from collecting the cups and transporting them to these facilities. (Edie)

Over half of institutional investors to have incorporated environmental, social and corporate governance (ESG) issues into their frameworks are using the UN’s Sustainable Development Goals (SDGs) as a guideline, a new survey by BNP Paribas has found. The survey found that the overall commitment to sustainable finance was growing, with 75 percent of asset owners and 62 percent of asset managers saying that 25 percent or more of their investments are currently held in funds which incorporate environmental and social issues. It discovered that a key driver in this uptake was alignment to the SDGs, which 65 percent of respondents claimed their investment framework was based on. Most of these investors said they, or funds they had invested through, have set SDG-related revenue targets for investee companies. This finding supports the UN Global Compact’s claim that companies which fail to track and communicate both positive and negative contributions to all 17 Global Goals could soon lose out on investment. (Edie)

Extreme weather contributed to losses of up to £161 million for Scotland’s farmers during 2017 and 2018, according to a new report commissioned by WWF Scotland and produced by the energy consultancy Ecosulis. The report found that the biggest financial impact hit sheep farmers, who lost an estimated £45 million as a consequence of the last year’s extreme winter weather in the UK, called the ‘Beast from the East’. Beef farmers suffered from an increased expenditure on feed, estimated at £28 million, as cattle were kept indoors during extended periods of bad weather and grass growth was suppressed by a dry summer. Arable farmers also struggled, as cereal crop yields fell as a result of poor weather conditions at key points in the season, leading to losses of £34 million. These costs had a direct impact on consumers, as wholesale prices of a series of staples including carrots, lettuce, and onions rose by up to 80 percent. Even in temperate climates, increasing extreme weather will result in new risks for the sector. (Business Green)

Nearly 2,000 Zambian villagers can sue Vedanta in England, according to London’s Supreme Court

Nearly 2,000 Zambian villagers have been given the right to sue India-listed mining company Vedanta in the English courts, London’s Supreme Court has said said.  Charges will be pressed to bring to trial the case of the 1,826 villagers who allege their land and livelihood have been destroyed by water pollution caused by the Nchanga Copper Mine, owned by Vedanta through its subsidiary KCM. Vedanta, which delisted from London last year but maintains a legal base in Britain, appealed a lower-court ruling that the case could be heard in England, , but this was dismissed by the Supreme Court. The decision raises the prospect that other companies could face legal action in England related to their activities abroad.  Solicitors hope the judgement will send a strong message to other multinational companies that CSR policies “should not just be seen as a polish for their reputation but as important commitments that they must put into action”. (Reuters)