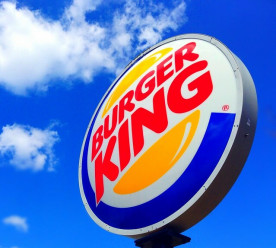 The S&P 500® ESG Index is the first new benchmark to be announced as part of an ongoing collaboration between S&P Dow Jones Indices (S&P DJI) and SAM, a division of RobecoSAM. This index is aligned with Environmental, Social and Governance (ESG) selection guidelines and designed to closely replicate the risk and return profile of its most iconic benchmark, the Dow Jones Sustainability Indices. Information provided by companies through the ‘Corporate Sustainability Assessment’ (CSA) feeds directly into the scores calculated for these new indices. The new index targets 75 percent of the traditional S&P 500’s market capitalisation by excluding the weakest quartile in terms of ESG profiles. The key criteria for constituent eligibility and selection in the S&P 500 ESG Index are the S&P DJI ESG Scores. Manjit Jus, Head of ESG Ratings at SAM, a division of RobecoSAM, states “This announcement underscores the growing importance of ESG information to investors and an increasing interest in the results of our annual Corporate Sustainability Assessment (CSA).” (RobecoSAM; IPE)

UK parliament’s pension fund trustees are to reconsider the rules of their investments to take account of the risk of climate change, in a first for MPs’ finances. While stopping short of a promise to fully divest from fossil fuels, the pledge by the trustees marks an important first step towards assessing and reducing the effect of the pension fund’s investments on climate change. The move is a victory for a group of MPs from all parties who have long campaigned for changes that would stop the funds, worth over £700 million, being invested in companies that promote or benefit from fossil fuels. Caroline Lucas, the Green party MP who has been campaigning for reform of the fund, said: “It has taken four long years to get to this point, but the trustees finally now appear to accept that fossil fuels are a risky investment, both for savers and the planet, and this marks a significant change in policy.” The trustees have committed to asking their advisers to “prepare a climate change policy”. (The Guardian)

Oil giant Shell plans to invest $300 million over the next three years on conservation and carbon offset projects in a bid to reduce its carbon footprint by up to 3 percent. Some projects have already been earmarked for funds, including the independent Dutch state forestry service, Staatsbosbeheer, which plans to plant more than five million trees over the next 12 years. Shell will offset emissions generated by motorists using its services, and those from the extraction, refining and distribution of its fuel. The company also plans to invest in restoration and preservation projects for forests and wetlands in order to capture more CO2 and increase biodiversity. In Queensland, Australia, Shell has established an 800-hectare endangered native forest regeneration project, while in Malaysia, the firm has worked with the Sarawak state government on potential conversation and enhancement projects. Despite this, as reported in yesterday’s briefing, Shell faces legal action over “slow” progress in reducing its emissions, improving its human rights protections and eliminating oil spills. (Edie)

Global fast food company Burger King has removed an advert which shows western people trying to eat a burger with oversized red chopsticks following criticism on social media. The advert for a new Vietnamese burger in New Zealand has sparked a debate over whether the advert is harmless fun or culturally insensitive and racist. Some on social media have likened this to the racism row faced by fashion house Dolce & Gabbana after they posted videos of a Chinese model eating Italian food with chopsticks in 2018. In China, the Burger King advert has been viewed more than eight million times on the news website Pear Video and tens of thousands of Weibo users have been posting about it. The hashtag, which translates as #NewBurgerKingAdvertAllegedlyRacist, has also been used more than 12,000 times. Burger King has now deleted the clip which appeared on their Instagram account for New Zealand and has withdrawn the television advert. A spokesperson said, “The ad in question is insensitive and does not reflect our brand values regarding diversity and inclusion.” (BBC)

New research from the International Renewable Energy Agency (IRENA) has found that if policymakers, businesses and investors across the world collaborate to scale-up renewable energy and to electrify sectors such as transport and heavy industry, 86 percent of the global power demand could be met with clean energy by 2050. The report states that spurring the renewables revolution and using clean power to electrify carbon-intense technologies and sectors could deliver more than three quarters of the energy-related emission reductions needed to meet global climate goals by mid-century. The report bases this finding on IRENA’s ‘Remap Case’ scenario, which would require all stakeholders in the global energy system to align themselves with the Paris Agreement’s 2C trajectory as soon as possible, with a specific focus on the deployment of renewable power and energy efficiency technologies. Specifically, the body recommends that policymakers should implement “more aggressive” climate, renewable energy and energy efficiency policies and targets which are aligned with the UN’s Sustainable Development Goals and also incorporate socio-economic benefits. (Edie)