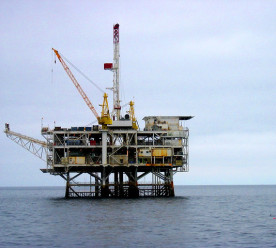 Oil and gas giant Shell is facing legal actions over “slow” progress in reducing its emissions, improving its human rights protections and eliminating oil spills. The claims have been made by green campaign groups, including the Netherlands arm of Friends of the Earth (FoTE). In a court summons sent to Shell, it is claimed the company has “misled the public” by investing in “greenwashing” advertising and anti-climate lobbying in order to continue drilling for oil. The document alleges that Shell’s current climate goals and sustainability framework could threaten international human rights laws while failing to guarantee emissions reductions. FotE Netherlands, along with Greenpeace and ActionAid, have specifically highlighted recent research from CDP, which found that Shell was one of 100 fossil fuel companies which have, collectively, been responsible for 71 percent of global carbon emissions since 1988. In response, a spokesperson for Shell stated, “we fully support the Paris Agreement and the need for society to transition to a lower carbon future.” (Edie)

Scientists and officials around the US have revealed that the Trump administration has withdrawn funding for a large, successful conservation program – in direct contradiction of instructions from Congress. Established under the Obama administration, the program comprises 22 research centres, called ‘Landscape Conservation Cooperatives’ (LCCs), that tackle big-picture issues affecting the US, such as climate change, flooding and species extinction. Eliminating funds for the LCCs was Trump’s first budget proposal as President, but Congress, which decides the federal budget, has consistently rejected any cuts. There are now reports that the LCC programme is being altered and may not receive federal funding. Following the decision, According to information compiled by the Fish and Wildlife Service and shared with the Guardian, six LCCs are on hiatus, and 10 have officially dissolved. Another six continue to operate thanks to support from other sources, such as the California LCC, which is now hosted and funded by the state. (The Guardian)

UK-based supermarket chain Co-op has set a new, ongoing target of sourcing 100 percent sustainably certified soy across its supply chains, after joining the global Roundtable on Responsible Soy (RTRS). The commitment will see Co-op use RTRS’s standards to ensure that all the soy used in its own-brand products and throughout its meat, fish, egg and dairy supply chains comes from “deforestation-free” sources. The retailer will begin by purchasing credits, which create an audit chain to prove that suppliers are engaging with responsible production techniques, through the RTRS. Under the credits, suppliers are required to protect their land against the potential negative impacts of rising soy demands, including biodiversity loss, soil degradation and deforestation. Co-op will simultaneously work towards 100 percent physical sustainable and “deforestation-free” soy across its supply chain by 2025 as it decreases its reliance on RTRS credits, reporting progress on an annual basis. At the end of March, German-based discount supermarket retailer Aldi also made a commitment to 100 percent sustainably sourced soy by 2025. (Edie)

Yesterday, ministers from 33 developing countries urged wealthy nations to top up a set of climate funds that channel money to international development banks. The $8.3-billion ‘Climate Investment Funds’ (CIF), currently the world’s largest multilateral climate financing instrument, help developing states pursue low-carbon development that protects them from wilder weather and rising seas. CIF accelerates climate action by empowering transformations in clean technology, energy access, climate resilience, and sustainable forests in developing and middle-income countries. But after a decade of operation, the funds have less than $1 billion to commit and are likely to run out of money this year, having received no new contributions since 2014. In a ministerial statement, 33 governments noted the achievements of 300 CIF-backed projects in 72 countries. For instance, CIF-funded projects are improving energy access for 8.5 million people, and equipping 45 million to cope with the effects of climate change. (Thomson Reuters Foundation; CIF)

The Bank of America announced last week that it was committing $300 billion in capital by 2030 to low-carbon & sustainable business activities as part of its ‘Environmental Business Initiative’. This is the company’s third such commitment which brings the bank’s total investments up to $445 billion since 2007. Bank of America’s ‘Environmental Business Initiative’ is part of its larger focus on facilitating the deployment of capital to further sustainable development. The bank has highlighted the significant discrepancy between the capital that must be applied to global challenges and the actual amount of capital that is being deployed to tackle them. The funding s looking to engage the private sector by mobilizing players across the entire financial system to increase the  flow of capital required to address these issues. Bank of America will deploy its capital through lending, investing, capital raising, advisory services, and developing financing solutions (but excluding corporate expenses) to accelerate the transition to a low-carbon and sustainable economy. (CleanTechnica)