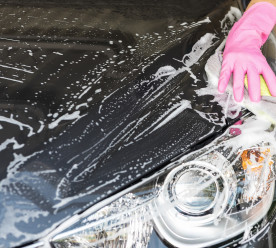 Plastic bottles are the most prevalent form of plastic pollution in European waterways, according to a new report from international environmental charity, Earthwatch Europe, and Plastic Oceans UK. Food wrappers, including crisp and sweet packets, were the second biggest form of plastic pollution in rivers, followed by cigarette butts. All of these forms of litter can cause problems for wildlife and fish and are hard to clean up once they have found their way into the water. Plastic bags were found to make up only 1 percent of plastic rubbish in freshwater, reflecting years of efforts to reduce their use, including charges on them in the UK and many other European countries. Although most attention on the plastic scourge has focused on the plight of oceans, about 80 percent of plastic rubbish flows into them from rivers. Many experts believe that focusing on the clean-up of rivers is the best way to prevent the flow of existing rubbish into seas, while the ultimate source of the problem – our dependence on throwaway plastic products – is tackled. (The Guardian)

Google’s ethics board shut down

An independent group set up to oversee the ethical considerations of Google‘s artificial intelligence  innovations has been shut down less than a fortnight after it was launched. The Advanced Technology External Advisory Council (ATEAC) was due to look at the ethics around AI, machine learning and facial recognition. However, there had been outcry over the appointment of Kay Coles James, who is also President of American conservative thinktank The Heritage Foundation. Thousands of Google employees signed a petition calling for her removal, claiming past comments Coles James has made have been “anti-trans, anti-LGBTQ and anti-immigrant”. At the weekend, a member of the ethics board, Prof Alessandro Acquisti, resigned, tweeting: “While I’m devoted to research grappling with key ethical issues of fairness, rights and inclusion in AI, I don’t believe this is the right forum for me to engage in this important work.” The board had planned to meet four times in 2019, but now question marks exist over whether Google plans to re-establish the board. However, Google still has the Advanced Technology Review Council, whose board members’ names are yet to be released. (BBC; Bloomberg)

Cambodia’s government on Friday approved a hydropower dam and solar energy plant to ease the strain on the country’s electricity grid, which has suffered nationwide outages over the past several weeks. In a statement, the Council of Ministers said SPHP (Cambodia) Co. Ltd. had been approved to invest in an 80-megawatt hydropower dam in Pursat province, while Cambodian firm SchneiTec Co. Ltd. was given permission to build three 60-megawatt solar energy plans in Pursat, Kampong Chhnang and Kampong Speu provinces. The projects will help to ease Cambodia’s power shortages in the future by helping supply for energy meet the demand. According to officials, the current grid is around 400 megawatts short of what is needed to supply the country during the dry season. However, critics from the Cambodian environmental watchdog, Mother Nature, are concerned that the dam construction will destroy the forest in Pursat if the government using the project as an excuse to log the area. (Eco Business)

More than 20 global businesses, politicians, and green organisations have come together to launch a new UN initiative aimed at accelerating the transition to low emission, energy efficient forms of cooling and refrigeration. Dubbed the ‘Cool Coalition’, the group includes German energy firm ENGIE, Danish cooling and heating specialist Danfoss, and the C40 Cities climate leadership group, among others. It argues cleaner forms of cooling – namely new refrigeration and air conditioning technologies – can help cut greenhouse gas emissions, boost human health, and save the global economy trillions of dollars by cutting electricity use. As the world warms and consumer demand for fresh and frozen food increases, it is estimated that emissions from the cooling sector will grow by 90 percent by 2050, if no action is taken. The new Coalition aims to promote collaboration between industry and policymakers to develop and deploy clean cooling technologies, and advocate for more innovation, greater investment, better information, and increased capacity for efficient cooling. (Business Green)

British drivers uncovered almost 1,000 potential cases of modern slavery at car washes in five months using the ‘Safe Car Wash’ App. The free mobile-phone app was launched by the Church of England and the Catholic Church in England and Wales last June amid growing concerns that some of the estimated 18,000 hand car washes operating around the country are exploiting workers. The app allows drivers to enter their location and check a series of slavery indicators, such as whether the car wash only accepts cash, workers are living on site or if some of them seem fearful. If the answers indicate a high chance of slavery, users are directed to Britain’s slavery helpline. However, only 18 percent of people asked to call the service between June and December last year did so. Caroline Robinson, director of charity Focus on Labour Exploitation, said that this kind of public awareness is positive but there can be downsides that the public is not confident or trained to make a phone-call to officials. (Thomson Reuters Foundation)

Image Source: Wash A Car The Blue by sasint on Pixabay. Free for commercial use.