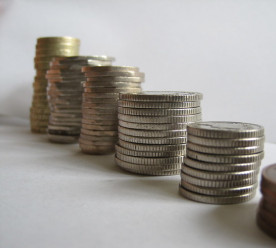 Gender pay: Fewer than half of UK firms narrow gap

Fewer than half the UK’s biggest employers have succeeded in narrowing their gender pay gap since legislation to report  came into force in 2017, Overall, 78 percent of companies have a pay gap in favour of men, 14 percent favoured women and the rest reported no difference. The discrepancy in pay for men actually increased from last year at 45 percent  of firms assessed. The total median pay gap in favour of men lowered slightly from 9.7 percent last year to 9.6 percent this year. The three companies with the biggest gaps are Countrywide Services at 60.6 percent, down from 63.4 percent in 2018; Independent Vetcare at 48.3 percent (previously 50.5 percent); and Easyjet at 47.9 percent (previously 45.5 percent). By law, all companies, charities and public sector departments of 250 employees or more must publish their gender pay gap figures. The Equality and Human Rights Commission has said it would take enforcement action against all firms that missed the deadline. (BBC)

Boeing chief executive, Dennis Muilenburg, apologized yesterday for the 346 lives lost in crashes of Boeing 737 MAX 8 aircraft in Indonesia and Ethiopia, in a public company letter. Muilenburg recognized the role of a Boeing-approved flight system, called Maneuvering Characteristics Augmentation System (MCAS), in both crashes. In certain dangerous situations, MCAS can cause pilots to lose control of an aircraft in response to erroneous data from the plane’s external sensors. His comments follow preliminary reports from investigators in Indonesia and Ethiopia indicating that the MCAS had been activated in both flights. Ethiopia’s transport minister said the crew had “performed all the procedures, repeatedly, provided by the manufacturer but was not able to control the aircraft.” Muilenburg states Boeing “will eliminate the possibility of unintended MCAS activation and prevent an MCAS-related accident from ever happening again.” He added that “when the MAX returns to the skies with the software changes to the MCAS function, it will be among the safest airplanes ever to fly.”(Washington Post)*

Social media executives could be held personally liable for harmful content distributed on their platforms, leaked plans for a long-awaited government clampdown obtained by the Guardian reveal. Under plans expected to be published on Monday 8th April, the government will legislate for a new statutory duty of care, policed by an independent regulator. The regulator will have the power to impose substantial fines against companies that breach their duty of care and to hold individual executives personally liable. There has been growing concern about the role of the internet in the distribution of material relating to terrorism, child abuse, self-harm and suicide, and ministers have been under pressure to act. The plans are likely to target social media platforms like Facebook and search engines such as Google, as well as online messaging services and file hosting sites. (The Guardian)

A test of UK university defences against cyber-attacks found that in every case hackers were able to obtain “high-value” data within two hours. The tests were carried out by “ethical hackers” working for Jisc, the agency providing internet services to the UK’s universities and research centres. The test showed a 100% success rate in getting through the cyber-defences. Ethical hackers were able to reach student and staff personal information, override financial systems and access research databases. University research projects have been major hacking targets, with more than 1,000 cyber-attacks last year. The National Cyber Security Centre (NCSC), part of the GCHQ intelligence service, said most attacks on UK universities were related to phishing and attempts to gain entry for ransomware and malware. A Universities UK spokeswoman said university leaders were working with the NCSC to “help improve and strengthen security practices to better protect the sector from cyber threats”. (BBC)

The Swedish Pensions Agency has introduced functions on its website enabling customers to choose sustainable investment funds more easily on the country’s Premium Pension System (PPM) fund platform. Customers using the PPM – the defined contribution section of Sweden’s state pension provision – can filter out funds based on CO2 risk and a range of other activities that investors might not want to support. Erik Fransson, head of the Swedish Pensions Agency’s funds marketplace, said: “It will now be easier for all savers who want to include sustainability aspects in their fund choices for the premium pension. In this way, we are fulfilling the government assignment to make it easier for the savers who want to make sustainable fund choices.” The agency has so far approved 42 funds to be marketed on the platform, including 21 funds from Norwegian pension and investment provider Storebrand and its subsidiary SPP Fonder. Storebrand is the fourth firm to be approved for the PPM platform and Swedish fund management company Optimized Portfolio Management was the fifth, and most recent, addition to the list of approved firms. (IPE)