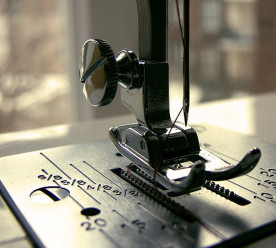 A law firm has filed a class-action lawsuit against the Walt Disney Co., alleging that the company systematically underpays its female employees. The suit, filed by the San Francisco firm Andrus Anderson LLP, claims that Disney’s corporate policies have created this inequity. This includes its alleged use of previous salary data to set salaries for new hires – a common corporate practice that has been banned in some US States as it is thought to be a driver of the gender pay gap. The lawsuit also claims that Disney does not have an internal system to ensure equal pay for equal work. The law firm hopes to represent all women employed by the Walt Disney Studios in California since 2015. A spokesperson for Disney said “The lawsuit is without merit and we will defend against it vigorously.” The story comes as ‘Equal Pay Day’, the date symbolising how far into the year women must work in order to earn the same as a man in the previous year, is marked on 2nd April in the US. (Fast Company)

The maker of two of Brazil’s biggest fashion brands, Fabula Confecçao e Comercio de Roupas, has been named in Brazil’s ‘dirty list’ of companies that have engaged in slave labour. Fabula was found to be outsourcing the manufacture of A.Brand and Animale clothing to three workshops in São Paulo that kept Bolivians in slavery-like conditions. In a statement, Grupo Soma, which owns Fabula, said this was an isolated incident, caused by a subcontractor that hired the workshops without its knowledge or consent. While Fabula does not own the workshops at issue, labour inspectors found the company to be the real employer since the workshops only serviced its brands. Brazil’s ‘dirty list’ is considered one of the South American nation’s most effective measures against slave labour, and companies named to it are barred from access to credit from state banks or other public financial support.. Grupo Soma said it has not been found guilty of slavery in criminal courts and is seeking removal of Fabula’s name from the ‘dirty list.’ (Thomson Reuters Foundation)

UK Energy and Clean Growth Minister, Claire Perry, has launched four smart energy systems projects across the UK. This is in a bid to help towns and cities become ‘hubs’ that can spur the low-carbon transition across the energy and transport sectors. One of two Oxford-based schemes is an ‘Energy Superhub’, which will provide energy and electricity to heat and power around 300 social homes. It is estimated that each property powered by the hub will see a 25% reduction in its annual energy demand. A Virtual Energy System (VES) project in Orkney aims to interlink local electricity, transport and heat networks into one system, optimising efficiency and lowering emissions. A further project in West Sussex is planned to create a virtual power plant to be used to manage energy across council housing, private residential properties, transport infrastructure and commercial properties in West Sussex. The four projects are all set to launch by mid-2020 and are being funded under UK Research and Innovation’s (UKRI) £102.5m Industrial Strategy Challenge Fund. (Edie)

According to a new report by UpGuard Cyber Risk researchers, Facebook has suffered another privacy hit with more than 540 million user records exposed on a public database. Two third-party-developed Facebook app datasets have recently been compromised. One, originating from the Mexico-based media company Cultura Colectiva, included private records that were posted on Amazon.com Inc’s cloud computing servers. The breach supposedly included comments, likes, reactions and account names, among other private data. A second database, emanating from a Facebook-integrated app, ‘At the Pool’, was also publicly exposed, revealing information usernames, likes, photos, check-ins and passwords. In total, approximately 22,000 Facebook passwords were openly exposed for an unknown period of time. The ‘At the Pool’ app stopped operating in 2014, yet its database was still publicly available. UpGuard researchers explained that despite Facebook’s recent attempts to better restrict third-party access, these breaches show it’s often out of the company’s control. (Fast Company)

MIT cuts partnerships with China’s Huawei and ZTE over risks

Massachusetts Institute of Technology (MIT), one of the world’s top universities, is cutting ties with Chinese telecoms groups Huawei and ZTE following concerns over cyber security risks and appropriation of intellectual property. MIT said it would not engage in any future projects with Huawei and ZTE, or renew existing ones, and will strengthen its screening process for research and other collaboration proposals from China, Hong Kong, Russia and Saudi Arabia. A letter published by the University pointed to “risks related to intellectual property, export controls, data security and access, economic competitiveness, national security, and political, civil and human rights, as well as potential impacts on the MIT community, consistency with MIT’s core values, and alignment with MIT’s academic mission.” Several elite universities in the US, Australia and the UK, including Stanford and Oxford, have already stopped taking funding from Huawei after the US government accused the company of stealing American technology and breaking US sanctions against Iran. These concerns have spilled over into wider fears in Washington of intellectual property theft, espionage and China’s growing tech capability. (Financial Times)*

Image Source: Sewing by Roger Nelson on Flickr. CC BY 2.0.