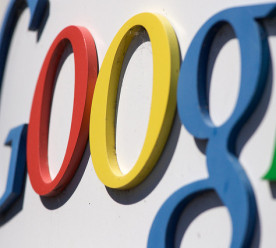 Read more about the trends of momentum and convergence in the ESG ratings landscape in Charlie Ashford’s latest blog: Message to the sceptics – sustainability is the future of investing

Alphabet Inc’s Google said on Tuesday it was launching a global advisory council to consider ethical issues around artificial intelligence and other emerging technologies. The council, which is slated to publish a report at the end of 2019, includes technology experts, digital ethicists, and people with public policy backgrounds, Kent Walker, Google’s senior vice president for global affairs, said at a Massachusetts Institute of Technology conference. The group is meant to provide recommendations for Google and other companies and researchers working in areas such as facial recognition software, a form of automation that has prompted concerns about racial bias and other limitations. “We want to have the most informed and thoughtful conversations we can,” Walker said on stage at the MIT Technology Review event in San Francisco. “We want to sit down with the council and see what agenda they want to set.” Google already has its own internal AI principles, which, among other provisions, bars the California-based tech firm from using AI to develop weapons. (Reuters)

Brussels has unveiled an EU-wide plan to deal with the potential security risks of new 5G mobile networks in a move that reflects rising fears about Chinese companies and is seen by critics as overdue. The bloc’s 28 countries will have three months to carry out national risk assessments and then another 15 to act on and tighten new pan-EU standards to protect the critical communications infrastructure, under a European Commission proposal published on Tuesday. The recommendation comes at a time when the EU is in a series of rolling 5G spectrum auctions, and under growing pressure from the US to take a tough line and ban products made by Huawei and other Chinese technology businesses from sensitive systems. The commission has called on member states to complete a national security assessment of 5G network infrastructures by the end of June, taking into account “risks linked to the behaviour of suppliers or operators, including those from third countries”. These results would then be used to draw up an EU-wide risk assessment by October and agree on any mitigating measures needed by December. (Financial Times)*

Europe on track to halve emissions by 2030, report finds

Influential new report from climate policy NGO Sandbag reveals the EU is on track to halve its greenhouse gas emissions by 2030, compared to 1990 levels, far exceeding official targets. According to Sandbag’s analysis, Europe already has the policies in place to deliver a 50 per cent emissions cut by 2030, when actions such as the coal phase out and major new policy initiatives like the Clean Energy Package are taken into account. The power sector is an important driver of the carbon cuts, Sandbag explained, with the phase-down of coal power and rollout of renewables responsible for half of the EU’s emissions cuts to 2030. The analysis released by the body this week is the first to take into account all announced coal phase-outs across the trading bloc, and suggests the bloc could comfortably overshoot the EU Commission’s Long-Term Strategy modelling for a 46 per cent emissions cut by 2030, which was released in December. (Business Green)

Online fashion retailer ASOS is calling on other firms in the sector to take stronger action to eliminate modern slavery from their supply chains, after teaming up with several of its third-party brands to develop a five-point “roadmap”. Published today ahead of the House of Lords’ Modern Slavery Forum, the call to action urges brands appearing at the event to implement “meaningful” practices to prevent human rights abuses in their supply chains and support the victims of past offences. Specifically, it recommends that all fashion firms should map modern slavery risks across their own supply chains, train their employees to identify risks and cases on the ground, and work collaboratively to develop tools which help suppliers to eradicate unethical practices. ASOS is additionally calling on designers, retailers and suppliers to strengthen the statements they publish under the Modern Slavery Act on an annual basis, and to meet each year to provide evidence of the progress they have made and co-create solutions to remaining challenges. (Edie)

South African mining companies are challenging parts of a government charter aimed at redistributing the country’s mineral wealth, saying it will deter new investment in the industry. The charter is in breach of a court order issued last April, which ruled that previous versions of the regulations didn’t require miners to top up black-shareholding levels if they previously met a minimum 26 percent requirement, the Minerals Council South Africa said on Wednesday. “The charter does not fully recognize the continuing consequences of previous empowerment transactions, particularly in respect of mining-right renewals and transfers of these rights,” said Roger Baxter, chief executive officer of the lobby group representing companies including Anglo American Plc and Impala Platinum Holdings Ltd. The latest version of the charter requires South African mining companies to give out 5 percent free-carry stakes in projects to communities and an additional 5 percent to employees. (Bloomberg)

Image Source: Untitled by Marcin Wichary on Flickr. CC BY 2.0.