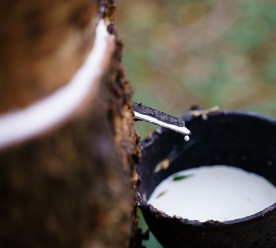 Get in-depth insights on corporate community investment and DJSI excellence on our specialist LBG webinar with Ivana Kesten from SAM (part of RobecoSAM)!
Register here: http://ow.ly/hmZ330obXLl

Goldman Sachs Group Inc. pays women in the U.K. an average of 50.6 percent less than male colleagues per hour, although this is an improvement on the 56 percent gap the Wall Street firm reported a year ago. For year-end bonuses the gap is much wider at 66.7 percent, which is also slightly better than the difference between genders last year, the bank said in a statement published Monday. The figures reflect the imbalances that still exist at the biggest financial firms. HSBC Holdings Plc said earlier this year that its hourly pay gap between men and women had grown to 61 percent. The firm said employees are paid the same for similar roles but that women are often under-represented in senior positions. Women at financial firms in the U.K. earn on average around 28 percent less than men do, according to nearly 100 companies in the financial sector that have reported so far this year. This is more than twice the average gender pay gap across all industries of around 13 percent. (Bloomberg)

In an effort to address the rampant deforestation, carbon emissions and human rights abuses within the rubber industry, major tire companies are now collaborating with environmental advocacy organizations and other stakeholders to launch the Global Platform for Sustainable Natural Rubber (GPSNR). Mighty Earth, one of the founding members of the GPSNR, has documented the impact of the rubber industry on the natural environment and human rights in Southeast Asia, and called on tire companies including Bridgestone, Goodyear, Continental, Michelin and Pirelli to produce transformative rubber-buying policies that will stop deforestation and exploitation. While automakers and tire companies including Bridgestone are working to improve tire sustainability in various ways, the industry still faces issues, which the organizations behind GPSNR are counting on it to address. A similar platform in the Brazilian soy industry virtually eliminated deforestation for soy in the Brazilian Amazon within three years and has maintained it at near-zero levels for more than a decade. (Sustainable Brands)

Climate change is becoming increasingly relevant to central bankers because losses from natural disasters that are magnified by higher temperatures and elevated sea levels could spark a financial crisis, a Federal Reserve Bank of San Francisco researcher found. “Climate-related financial risks could affect the economy through elevated credit spreads, greater precautionary saving, and, in the extreme, a financial crisis,’’ Glenn Rudebusch, the San Francisco Fed’s executive vice president for research, wrote in a paper published Monday. While the Fed’s primary policy tools — short-term interest rates and large-scale asset purchases — aren’t designed to address phenomenon like global warming, policy makers may need to take climate-related damages into account when considering the long-term economic outlook, the researcher wrote. “Many central banks already include climate change in their assessments of future economic and financial risks when setting monetary and financial supervisory policy,” he wrote. (Bloomberg)

The family that owns well-known consumer brands like Krispy Kreme doughnuts, Keurig Dr. Pepper and Panera Bread say their Nazi ancestors used slave labour during World War II. The Reimann family, which owns the controlling stake in JAB Holdings and is reportedly one of the richest families in Germany, will donate €10 million, or $11 million, to a yet-undisclosed charity after a three-year investigation that it commissioned discovered details of their ancestors’ behaviour. A family spokesperson said Albert Reimann Sr., who died in 1954, and Albert Reimann Jr., who died in 1984, used Russian civilian prisoners and French prisoners of war as forced labour in their factories during the war, and that they were anti-Semites and avowed supporters of Adolf Hitler. “We were ashamed and white as sheets. There is nothing to gloss over. These crimes are disgusting.” A family spokesperson confirmed the quote to CNN Business. (CNN)

Food banks around the world have helped mitigate more than 10.5 million tonnes of carbon emissions by preventing almost 2.7 million metric tonnes of edible food being wasted, a new report has found. Research published by international non-profit organisation, Global FoodBanking Network (GFN), found that food banks operating across 57 countries have served 62.5 million people with meals that would otherwise have gone to waste. GFN studied data from a network of redistribution organisations including the European Food Banks Federation and Feeding America. The study found that charitable food banks had prevented approximately 2.68 million metric tonnes of surplus food going to waste, which helped contribute to the mitigation of an estimated 10 million tonnes of emissions annually – equivalent to taking 2.2 million passenger vehicles off the roads. The report calls on food producers, retailers and governments to adopt simplified labelling recommendations to overcome the fact that 20 percent of edible food goes to waste due to confusion with “use by”, “sell by” and other dates on packages. (Edie)