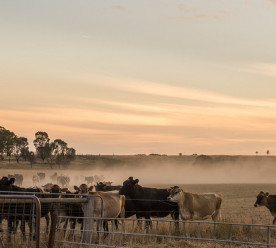 Australia plans to pay farmers, land holders and businesses an extra A$2 billion (US$1.4 billion) to curb greenhouse gas emissions over the next decade amid concerns it could fail to meet its Paris climate change targets. The pre-election announcement by the Liberal-National coalition follows four successive years of rising emissions in Australia. Last month, the OECD warned that Canberra was unlikely to achieve its Paris target by 2030 without intensifying its efforts. Scott Morrison, Australia’s prime minister, said the new climate solutions package would enable the country to meet its commitments without “taking a wrecking ball to the economy”. But critics said the extra funding to pay for carbon abatement projects, which came on top of an existing A$2.55 billion plan, would not be enough. Moreover, critics argue that the emissions reduction funds paying farmers and businesses to adopt new practices to reduce emissions  is a more expensive and less efficient method of curbing emissions than alternatives, such as charging polluters through carbon pricing mechanisms. (Financial Times)*

Microsoft employees on Friday demanded that the company cancel a $480 million hardware contract to supply the U.S. Army, with 94 workers signing a petition calling on the company to stop developing “any and all weapons technologies.” The organizing effort, described to Reuters by three Microsoft workers, offers the latest example in the last year of tech employees protesting cooperation with governments on emerging technologies. In the petition to Microsoft executives, posted on Twitter, the workers said they “did not sign up to develop weapons, and we demand a say in how our work is used.” They called on the company to develop “a public-facing acceptable use policy” for its technology and an external review board to publicly enforce it. Microsoft said in a statement that it always appreciates employee feedback, and also referred to a blog post by its president, Brad Smith, in which he said the company remained committed to assisting the military and would advocate for laws to ensure responsible use of new technologies. (Reuters)

WWF-UK has partnered with Knorr, Unilever’s largest food brand, to help tackle the negative environmental impacts of global food production. The Future 50 Foods report launched under the partnership reveals a collection of diverse, plant-based foods from around the world that can boost the nutritional value of meals whilst reducing the environmental impact. According to the FAO, 75 percent of the global food supply comes from just 12 crops and 5 animal species. Such a lack of dietary diversity negatively impacts human health as it makes it more difficult to consume various vitamins and minerals. The associated monoculture poses a threat to food security and makes the food system less resilient to pests and impacts of climate change. The report also combines some familiar ingredients — such as lentils, wild rice and kale — with lesser-known foods including fonio, pumpkin flowers and cactus. Many of these have higher yields and are more resilient to challenging weather and environmental conditions, making them prime candidates for helping to reduce the land required for crops and invaluable in the face of growing climate uncertainty. (Sustainable Brands)

Amazon expects that 50 percent of all its shipments will be net zero carbon by 2030 through the commitment “Shipment Zero,” announced last week. While the goal will not be easy to achieve, Dave Clark, the company’s SVP of worldwide operations wrote that with improvements in electric vehicles, aviation biofuels, reusable packaging and renewable energy, the company can “see a path to net zero carbon delivery of shipments to customers.” Amazon has previously supported recycling infrastructure with a $10 million investment in the Closed Loop Fund and working with the Recycling Partnership to shift away from bulky cardboard to more lightweight mailers. The company also has more than 200 scientists, engineers and product designers working to invent “new ways to leverage our scale for the good of customers and the planet,” Clark wrote. However, a net zero carbon commitment for its customer shipments may be the most difficult goal on its sustainability journey thus far, suggests Supply Chain Dive. While Amazon is bringing more of its freight and logistics management in-house and taking more control over delivery emissions, it still relies on UPS and the USPS for the vast majority of the last miles to the consumer. (Environmental Leader)

UN should use crowdfunding platforms to meet SDGs, researchers suggest

The UN should take inspiration from crowdfunding platforms like Kickstarter and Indiegogo to raise funds to help meet the SDGs, according to a study published this month by researchers at the University of Oxford. The researchers argue crowdfunding platforms use their global reach to harness the ingenuity of “system builders” – individuals or institutions that can orchestrate the work of SDG stakeholders. “[System builders] will coordinate the donation efforts of citizens, corporates and public bodies towards higher funding targets, enable access to tax incentives and amplify SDG awareness via professional communication campaigns,” the authors said. The UN estimates meeting the SDGs, which include eradicating poverty and tackling climate change, will cost between $5 trillion and $7 trillion a year through to 2030. It has already explored the role of crowdfunding to raise part of the cash with its Digital Good platform in 2015, but the researchers found private players such as CrowdRise by GoFundMe, Generosity by Indiegogo, and JustGiving outperformed the UN pilot in terms of innovation and best practice. (Business Green)*

Image source: Curious by Victor U on Flickr. CC BY 2.0.