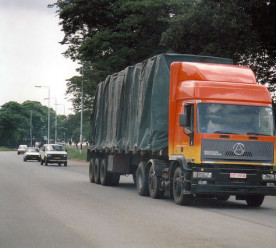 The UN Principles for Responsible Investment (PRI) will require its entire book of 2,250 signatories including asset owners, investment managers and service providers, together representing more than $83 trillion of assets, to report how they have considered specific climate change risks in their portfolios from 2020. The body, created by the UN to encourage investors to take a responsible and sustainable approach to managing assets, announced the tough new reporting measures for its members yesterday (Feb 20). The specific indicators of risk are those outlined by the Task Force on Climate-related Financial Disclosures (TCFD) and pertain to strategy and governance around climate change. The PRI said using them was high priority as they provided a global framework for translating information about climate into financial metrics. It follows moves by several international bodies to formulate a way of measuring and monitoring how investors account for and consider climate change risks in their portfolios. (IPE)

The Science Based Targets initiative (SBTi) has unveiled new measures designed to help more businesses align their emissions targets with the Paris Agreement. The body announced on Wednesday (20 February) that it will publish an update to its target validation criteria in April, in a bid to encourage more businesses to set ambitious carbon reduction aims in line with a 1.5C pathway. A key change is that a “well-below 2C” pathway will become a minimum requirement, up from the current 2C criteria. To support the creation of more ambitious goals, the SBTi will also release a new set of resources for businesses, providing them with practical advice surrounding the goal development, submission and verification processes. A further change is that companies with SBTi-approved goals will be required to review their aims every five years and alter them, if necessary, to align with the latest climate science, which will become a mandatory process in 2025. (Edie)

In early February, Google announced that its home security and alarm system Nest Secure would be getting an update to enable its virtual-assistant technology. However, until then, customers weren’t aware that Nest Secure, which had been on the shelves for 18 months already, had a microphone at all. Google said it had made an “error” in failing to include the microphone in technical specifications. “The on-device microphone was never intended to be a secret and should have been listed in the tech specs,” Google said in a statement. “That was an error on our part. The microphone has never been on and is only activated when users specifically enable the option.” But many people were unsettled by the possibility of Google having access to homes without customers’ knowledge. Google bought the smart home appliance company, Nest Labs, in a $3.2 billion deal in 2014. The company had been operating as a separate business under parent company Alphabet until its integration into Google’s hardware division in 2018. (Washington Post; Business Insider)*

The EU agreed on Tuesday to reduce emissions of carbon dioxide from new trucks and buses by 30 percent by a 2030 deadline as part of its commitment to cut its output of greenhouse gases. There is also an interim 15 percent reduction target for 2025 and incentives for manufacturers to make low and zero-emission trucks. The 2030 target is also subject to a review in 2022. The EU currently has no limits on emissions from heavy-duty vehicles, unlike the United States, China, Japan and Canada. Environmental campaigners say that trucks, while making up less than 5 percent of vehicles on the road, account for 22 percent of vehicle emissions. The European Automobile Manufacturers’ Association (ACEA) said EU countries must improve charging and refuelling infrastructure, which was non-existent for electric and hydrogen trucks and “very low and patchy” for trucks powered by natural gas. It believes the potential for electrification is far lower than for cars, and questions whether transport operators will really want to buy zero-emission trucks. (Reuters)

UK supermarket Waitrose & Partners is set to install innovative technology inspired by Formula One race cars across its stores, in a move it claims will reduce the energy consumption of its refrigerators by up to 25%. The retailer will install new fridge shelf-edge strips across its 353 UK stores by the end of 2019, in a bid to decrease refrigeration-based energy consumption. The technology, developed by engineering company Wirth Research, is based on devices used in Formula One racing cars which use the principles of aerodynamics to guide cold air across an application more efficiently. Called the Ecoblade, each system consists of two recyclable polycarbonate blades, which slot onto the front of fridge shelves and minimise the amount of cold air which ‘leaks’ out into shop aisles. It has the added benefit of keeping aisles warm for customers, without the use of money or resources needed to manufacture and install fridge doors. (Edie)