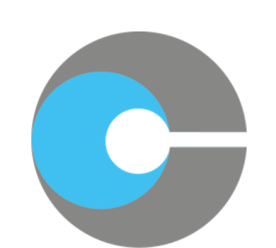 Medtech – the debate we’re not yet having

With the global digital health market expected to grow to $536.6 billion by the end of 2025 compared to $179.6 billion in 2016, according to Transparency Market Research (TMR) it comes as no surprise that tech giants like Apple are keen to transition from wellness to healthcare.  With deep cash pockets they have the ability to hire numerous clinicians and engineers to work on health features and work closely with the FDS to move the approval procedure along.

Apple are just one example of medtech innovators which, according to IDTechEx forecasts by 2025 is expected to extend to over 39 categories of wearable technology devices segmented by product type, industry and location on the body.

The result is a huge amount of highly personable data at the heart of which is the issue of right of ownership.  Data privacy is a primary concern for any med tech provider and Apple is a high-profile crusader to protect personal data, even calling for a national privacy law. It stores sensitive personal data in a secure enclave inside the device that even Apple can’t see.

Microsoft is also investing heavily in user control and privacy of collected data. According to ZDNet, the business technology news website, Microsoft is working on a project codenamed “Bali,” described as a “new personal data bank which puts users in control of all data collected about them…. The bank will enable users to store all data (raw and inferred) generated by them. It will allow the user to visualize, manage, control, share and monetize the data.”

In the context of the negative publicity around Facebook’s privacy practices, medtech providers should take the lead to champion users’ control over their own data.

Medtech growth also inevitably throws up the ethical challenge of affordability as inequality could be made worse if medtech is available only to wealthy.  And by no means least is the risk of the personal data that medtech will gather being stolen or exploited by the more unscrupulous tech giants, insurance providers or Governments.

Medtech is spearheading developments that have the potential to eradicate diseases and make us live longer and healthier lives.  But it needs to be as pioneering in resolving the critical issues on data privacy, affordability and exploitation.