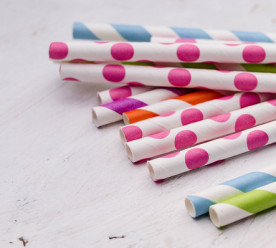 Nearly 30 percent of California public companies will have to add women to their board of directors by year end to comply with a 2018 state law aimed at boosting gender diversity in the boardroom. The Women on Boards survey released last week by San Diego-based Board Governance Research looked at the board makeup of 642 publicly traded companies headquartered in California. It found 184 firms will need to find a woman director this year under the law. Most are small publicly traded companies with a market capitalization of $300 million or less, said Annalisa Barrett, author of the study and chief executive of Board Governance Research. In October 2018, former Gov. Jerry Brown signed a law that requires publicly traded corporations headquartered in California to include at least one woman on their boards of directors by the end of this year and companies that fail to comply will face six-figure financial penalties. (North Bay Business Journal)

Barclays has unveiled new stricter standards for coal, oil and gas investments in a statement released on Monday, but the new strategy has left climate campaigners clamouring for bolder action. The new policy declares banks have a crucial role in “ensuring the world’s energy needs are met while helping to limit the threat that climate change poses to people and to the natural environment”. However, Barclays said it will not pull out of any fossil fuel projects altogether, instead promising to conduct Enhanced Due Diligence “on a case-by-case basis” for clients in sensitive energy sectors. The stance received mixed reviews from green groups, which described the policy as “underwhelming” for its failure to rule out funding for more controversial high carbon projects. Overall, Barclays said that while it was placing restrictions in some carbon intensive sectors, it would continue to “support oil and gas clients that operate in an environmentally and socially responsible way, in order to meet the world’s energy needs”. (Business Green)*

Proposed restrictions on steel imports to Europe have come under fire from wind energy developers, who warn the measures could jeopardise the EU’s 2030 renewable energy goals by hampering offshore wind farm construction. Trade body WindEurope said proposed steel limits slated for discussion in Brussels today could leave offshore wind developers struggling to source enough building materials to meet surging demand for wind farms. The Commission is proposing to relax the measures slightly, so that limits on imports for each steel category will increase by five percent every year until 2021, based on a mixed system of quotas. But while WindEurope CEO Giles Dickson welcomed the move to increase steel import volumes, he warned an annual five per cent rise was still “very low”. Amid surging demand for steel among Europe’s offshore wind developers, he said placing tariffs on steel imports could lead to an increase in the price of wind energy, potentially hampering the EU’s ability to meet its 2030 renewables targets. (Business Green)*

Nestlé next month will start to drop plastic straws from its products and is working on biodegradable water bottles in a drive to reduce plastic waste, it said on Tuesday. The steps are part of a campaign launched last year by firms including the Swiss group, the world’s biggest packaged food company, to make all packaging recyclable or reusable by 2025. They come amid a global crackdown on throw-away items that can languish for years in oceans and landfills. Nestlé said from February it would start using alternative materials such as paper and adopt designs to replace plastic straws and reduce litter. The company was also developing new paper-based materials and biodegradable polymers that are recyclable. “This could become a valuable option in places where recycling infrastructure does not yet exist and will not be available for some time,” it said in a statement. (Reuters)

Multinational beverage firm Lucozade Ribena Suntory (LRS) is investing £13 million in new bottling technology for its Gloucestershire factory, in a bid to minimise the facility’s waste output and water footprint. The high-speed bottle filling devices are set to reduce the amount of water required to produce each soft drink bottle by 40 percent, delivering a 40 percent reduction in the amount of energy used during the manufacturing process at the same time. Overall, the technology is predicted to reduce the Coleford-based factory’s total water footprint by 4.4 percent once it becomes fully before the end of 2019. LRS UK’s purchase of the technology is being supported by a £13 million grant from the company’s Suntory headquarters in Tokyo, Japan. (Edie)