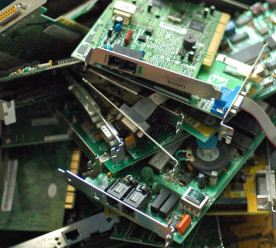 A new UK plan to tackle air pollution will aim to reduce the number of people exposed to fine particulate matter, the government announced on Monday. The government said Britain would become the first major economy to adopt air quality goals based on World Health Organization recommendations regarding people’s exposure to particulate matter. However, the plan stopped short of outlining a target on fine particulates, and campaigners criticised the government’s new strategy for not including legally binding goals on air quality. Simon Birkett, head of Clean Air London, a group campaigning for cleaner air in the capital, said the government’s strategy was “pipe dreams and warm words, but nothing we can rely on”. “The real test is about existing commitments,” he added, saying Britain already had legally binding targets for curbing ammonia and nitrogen dioxide, but was not on track to meet them. (Financial Times; Reuters)*

Green UK crowd-funding platform Abundance has this week celebrated its largest fund-raise to date, closing a record £7 million investment round for Orbital Marine Power. Orbital Marine Power, which was formerly known as Scotrenewables Tidal Power, will use the funds to build its first production model 2MW turbine – Orbital O2 – a floating tidal turbine platform designed to be towed, installed, and easily maintained. The new turbine will draw upon the success of its SR2000 turbine, which was launched in 2016 and produced in excess of 3GWh of electricity over its initial 12-month test programme. The company said the project has already secured a number of supporting grants as well as equity funding, including from the Scottish Government. Abundance said around 2,300 individuals invested an average of around £3,000 in the company, with over half investing via their ISAs for a tax-free return. The full £7 million target was reached on January 1st, marking the largest single funding round to date for the platform. (Business Green)*

Advisers and other professionals giving investment advice may end up being required to consider their clients’ environmental, social and governance preferences. The European Commission is seeking to amend the Markets in Financial Instruments Directive (MiFID) II and the Insurance Distribution Directive to make it mandatory for advisers to prove they consider these issues in their suitability assessment. Advisers who had been providing advice on values-based investing as well as experts in the area welcome the move which they see as long over-due. Managing Director at Ethical Investors, Lee Coates said, “Most fund managers nowadays will say that they take ESG into account, but I fear that this is possibly 95 per cent on the ‘G’ and the rest on the ‘ES’.  If I am right, many fund groups will struggle to demonstrate just what they are doing on the E and the S.” (Money Marketing)

A humanoid robot on its way to the Consumer Electronics Show in Las Vegas has been “hit and destroyed” by a self-driving Tesla. The $2,000 per day rentable model V4 robot, from manufacturer Promobot, was hit by a Tesla Model S vehicle on Paradise Road in Las Vegas, as it made its way to the Congress Hall exhibition centre with a fleet of other robots. At the time of the accident, on Sunday 6th January, the group of identical robots were travelling in a line accompanied by the company’s engineers. According to Promobot, one robot “missed its way and drove to the roadway of the street parking lot”, where it was “hit and destroyed” by the vehicle and tipped onto its side. The Tesla car continued driving along the road for 50 metres before coming to a halt. The driver of the car had apparently turned on the full self-driving mode, believing it to be a quiet area. After the incident, Nevada police briefly attended the scene. (Dezeen)