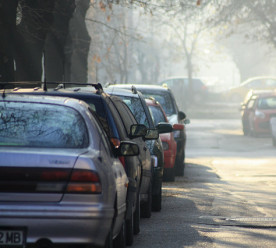 Nissan Motor Co.’s board took on expanded powers after the arrest of former Chairman Carlos Ghosn for alleged financial improprieties revealed gaps in corporate governance. The board widened the scope of decisions that require its approval and decided on an interim process to set compensation for directors and executives, according to a statement on Thursday. Nissan has come under fire for internal rules that provided little oversight over Ghosn in directing his own pay. Chief Executive Officer Hiroto Saikawa has pledged to address shortcomings that led to allegations against the former chairman for under-reporting his income. The Japanese carmaker is rushing to regain credibility as questions swirl over its relationship with French partner Renault SA and the future of their automotive alliance. (Bloomberg)

Bangladesh, the world’s second biggest garment exporter behind China, will consider demands for an increase in the minimum wage, a minister said, after a third day of clashes with police that killed one worker and wounded dozens. Thousands of workers blocked roads near the capital, Dhaka, resulting in one worker shot dead and dozens of workers, and some police, wounded. The government formed a panel of factory owners, union leaders and government officials to investigate the pay demands, Commerce Minister Tipu Munshi said on Tuesday. “The committee will be able to sort out the problems and hopefully in one month this will be resolved,” Munshi said. “We urge the Government to sit with us and settle the issue, otherwise the movement will continue,” Garments Trade Union Centre Executive President Ruhul Amin told Reuters. (Daily Financial Times; Reuters)

‘Right to repair’ gathers force in Europe and the US

EU member states are voting this week on the efficiency and repair processes of large appliances such as lighting, televisions and other home appliances. This consists of a series of proposals from European environment ministers to force manufacturers to make goods that last longer and are easier to mend. This week’s vote is just one of a series revising the 2009 Ecodesign Directive, which governs everything from how much energy a vacuum cleaner can use to how many household appliances and electronics are recycled. Consumer Reports, The Restart Project and iFixit, among others in the so-called right to repair movement, have promoted standards that would force manufacturers to make it legal and practical for consumers, or independent repair shops, to get under the hood of their devices. At least 18 US states are also considering similar laws in a growing backlash against products which can’t be prised apart because they’re glued together, or which don’t have a supply of spare parts, or repair instructions. (Fortune; BBC)

The world’s oceans are rising in temperature faster than previously believed as they absorb most of the world’s growing climate-changing emissions, scientists said on Thursday. Ocean heat – recorded by thousands of floating robots – has been setting records repeatedly over the last decade, with 2018 expected to be the hottest year yet, according to an analysis by the Chinese Academy of Sciences published this week in the journal Science. That is driving sea level rise, as oceans warm and expand, and helping fuel more intense hurricanes and other extreme weather, scientists warn. The warming, measured since 1960, is faster than predicted by scientists in a 2013 Intergovernmental Panel on Climate Change report that looked at ocean warming, according to the study. “It’s mainly driven by the accumulation of greenhouse gases such as carbon dioxide in the atmosphere due to human activities,” said Lijing Cheng, the lead author. (Thomson Reuters Foundation)

Study: China could lift life expectancy by nearly three years if it meets WHO smog standards

China could raise average life expectancy by 2.9 years if it improves air quality to levels recommended by the World Health Organisation (WHO), according a new study from a U.S. research group. According to the Energy Policy Institute at the University of Chicago (EPIC), big air quality improvements made in the last five years have already been enough to push up average lifespans. According to the EPIC’s findings, air quality improvements made in the smog-prone northern city of Tianjin over the last five years are already expected to have raised the average lifespan of its 13 million residents by 1.2 years. China cut average concentrations of hazardous particles known as PM2.5 to an average of 39 micrograms per cubic metre last year, down 9.3 percent from 2017 after a campaign to curb coal use and improve industry and vehicle standards. (Reuters)