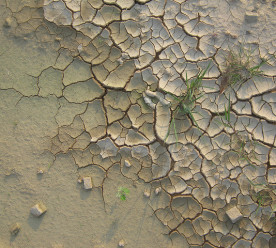 The US government shutdown has stymied environmental testing and inspections, prompting warnings that Americans’ health is being put at increasing risk as the shutdown drags on. More than 13,000 employees at the Environmental Protection Agency (EPA) are not at work, with just 794 people deemed essential staff currently undertaking the agency’s duties. Many routine activities such as checks on regulated businesses, clean-ups of toxic superfund sites and the pursuit of criminal polluters have been paused since 28 December. The Food and Drug Administration has also stopped routine food safety inspections of seafood, fruits, vegetables and many other foods at high risk of contamination because of the federal government’s shutdown, Dr. Scott Gottlieb, the agency’s commissioner, said on Wednesday. “State programs aren’t being funded, enforcement actions have stopped – it’s a nightmare,” said Gary Morton, president of AFGE Council 238, which represents about 9,000 EPA workers. (Guardian; New York Times)

The global green finance market enjoyed another impressive year in 2018, as record levels of sustainable debt were issued on the back of solid growth from the green bonds sector and the emergence of a number of new products. That is the conclusion of a new analysis from analyst firm Bloomberg New Energy Finance (BNEF), which shows overall issuance of sustainable debt products surged 26 percent to $247 billion last year. Green bonds issuance reached $182.2 billion in 2018, while the fledgling sustainability-linked loans market grew rapidly to reach $36.4 billion. BNEF said there were encouraging signs the market was starting to diversify and innovate in response to growing customer demand. “While green bonds continue to make up the largest part of the market, attention is now shifting to a broader range of sustainable bonds and loans,” the firm noted. (Business Green)*

A Hong Kong lawmaker vowed on Wednesday to launch a renewed push for an anti-slavery law, warning that there was “no room” for delay as thousands of victims are trapped in the city. With little support within the Hong Kong government for a new slavery law, lawmaker Dennis Kwok said he had been lobbying international groups, including the United Nations, to put pressure on city officials. Kwok, who has spearheaded a campaign for a new law since 2017, said he and another lawmaker would table a private member’s bill modelled on Britain’s Modern Slavery Act to the city’s legislature by the middle of this year. “There are countless of victims out there who are being subjected to human trafficking and modern slavery because we have a loophole here in Hong Kong. We need to close that loophole,” Kwok told the Thomson Reuters Foundation. (Thomson Reuters Foundation)

The social investment sector suffers from the same diversity problem that plagues many other industries, despite being a relatively new field, according to a new report by the Diversity Forum in the UK. Representation of female board directors in the sector has fallen by 5 percent since 2017, with women now making up 33 percent of boards, it finds. According to Inclusive Impact: A comprehensive review of diversity in the social investment sector, the share of executive level women on staff has however increased slightly to 40 percent. These figures place social investment organisations ahead of the general financial sector in terms of gender diversity, but ranking worse than the charity sector. Almost one in five social investment board directors (18 percent) attended Oxford or Cambridge universities, compared to just 1 percent of the whole population. Black, Asian and Minority Ethnic (BAME) women are the least likely to be a board director, accounting for just 2.8 percent of the 571 directors identified. (Pioneers Post)

The cotton industry says it is not to blame for the mass deaths of hundreds of thousands of fish in the Darling River, Australia, and is tired of being used as a scapegoat for problems associated with the drought. Communities in the Menindee Lakes region, where two fish kills have occurred since December, have said over-extraction by irrigators helped cause the catastrophe that has put a spotlight on the environmental management of Australia’s largest river system. New South Wales Labor have called for a special commission of inquiry into the environmental disaster as the cotton industry sought to defend itself against criticism it was behind the depletion of river flows. Cotton Australia said drought was affecting the river system and that the industry was also suffering, forecasting its crop this season would be half of the previous year’s. (Guardian)