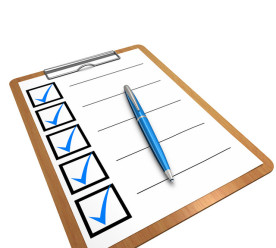 The U.S. Supreme Court on Monday cleared the way for the attorney general of Massachusetts to obtain records from Exxon Mobil Corp to probe whether the oil company for decades concealed its knowledge of the role fossil fuels play in climate change. The Massachusetts court action marked the latest setback for Exxon in its efforts to halt the investigation and a similar one by New York’s attorney general, who in October filed a lawsuit against the company. Exxon said that because it is incorporated in Texas and New Jersey, Massachusetts state Attorney General Maura Healey had no basis to seek documents to conduct a Massachusetts-based investigation. The Massachusetts Supreme Judicial Court in April held that jurisdiction existed because of Exxon’s control over advertising conducted for about 300 franchise gas stations operating under the Exxon and Mobil brands in Massachusetts. Exxon has called the Massachusetts and New York investigations politically motivated. (Reuters)

A Dutch approach to transforming old homes through a dramatic green makeover has arrived in the UK and cut tenants’ energy bills in half. Nottingham has become the first UK city council to pioneer the “Energiesprong” (energy leap) initiative, an innovative whole-house refurbishment concept that guarantees net-zero energy levels. More than 150 social housing homes in Nottingham will receive new wall cladding, windows and solar panels after the local authority won £5m from the EU’s European Regional Development Fund. Some tenants in homes already refurbished in a pilot scheme have seen monthly energy bills drop from about £120 to £60-£70. Previous UK policies such as the failed Green Deal largely resulted in piecemeal improvements, such as a new boiler or wall insulation. The Dutch approach aims to refurbish the entire house and bring it up to the high standards that will be needed in decades’ time if carbon dioxide targets are to be met. (Business Green)*

Indonesia will more than double its disaster response budget to 15 trillion rupiah ($1.06 billion) in 2019, officials said on Tuesday, after a series of major natural disasters devastated three regions of the vast archipelago last year. The Southeast Asian country suffered its deadliest year in over a decade in 2018, when over 3,000 people died in tsunamis and earthquakes in Sulawesi, Lombok, and West Java and Sumatra islands. Five trillion rupiah would be allocated to rehabilitation and reconstruction, while 10 trillion would be reserved for disaster response, said finance ministry spokesman Nufransa Wira Sakti. Last year, the finance ministry said it planned to launch a new strategy in 2019 to fund disaster recovery, which could include selling “catastrophe bonds”. The central government would insure state assets against disaster and then create a disaster risk financing instrument for affected regions to draw upon. (Reuters)

World Bank Group President Jim Yong Kim unexpectedly resigned on Monday, more than three years before his term ends in 2022, amid differences with the Trump administration over climate change and the need for more development resources. Kim, appointed twice by former U.S. President Barack Obama for five-year terms, had pushed financing for green energy projects and largely dropped support for coal power investments, but had avoided public clashes with the Trump administration, which has made reviving the U.S. coal sector a priority. Kristalina Georgieva, who in 2017 became the World Bank’s chief executive officer, will assume the role of interim president when Kim departs, the bank said. The World Bank Group president has traditionally been an American chosen by the U.S. administration, but some of the multilateral lender’s 189 member countries could mount a new challenge with alternative candidates. (Reuters)

Britain’s small businesses have a healthy appetite for promoting low-carbon behaviour, according to a new survey of 900 small and medium sized businesses in the UK and Ireland. Conducted by merchant banking group Close Brothers Asset Finance, the survey uncovers high levels of enthusiasm for a range of actions designed to encourage greener behaviour amongst employees. Survey results revealed that approximately 80 per cent of firms recycle, 77 percent encourage greener behaviour from employees, and 64 percent would consider introducing volunteering days for green causes. But despite the enthusiasm for behaviour change actions, the survey also uncovered resistance to more radical strategies. More than three quarters of business owners said cost is more important than environmental impact when it comes to procuring products – an attitude that could limit SMEs’ ability to drive environmental improvements further down the supply chain. (Business Green)*

Image source: Checklist by Animated Heaven on Flickr. CC BY 1.0.