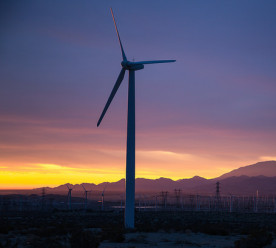 Beyond the bottom line: should business put purpose before profit?

A decade after the financial crisis shook voters’ confidence in capitalism, the challenges to the traditional consensus of business purpose to maximise (legal) profit, is gaining momentum, argues Financial Times editor Andrew Edgecliffe-Johnson. Consumers, employees and campaigners are encouraging companies to have a clear mission, consider their communities and steer their innovative impulses to good ends. Companies, in turn, have discovered that doing so can improve their reputations, persuade investors that they have a sustainable strategy and, ultimately, benefit their bottom line. “They are starting to converge into something that looks like a new worldview…Together, they could break a consensus that has governed business for two generations and offer a new model for capitalism based on the watchwords of purpose, inclusion and sustainability” says Edgecliffe-Johnson. (Financial Times)*

The bosses of the UK’s biggest companies are facing renewed scrutiny over excessive pay deals, after new figures showed top executives earned the average worker’s annual salary within the first three working days of 2019. Dubbed “Fat Cat Friday”, 4th January is the date by which the average CEO of a FTSE 100 company pockets the equivalent take-home pay of a typical full-time worker in the UK. Calculations by the High Pay Centre think tank and the professional HR body the Chartered Institute of Personnel and Development (CIPD) show top executives are earning 133 times more than the average worker, at a rate of around £1,020 per hour or £3.9 million annually. That’s up 11 percent compared to a year earlier. It means CEOs working average 12-hour days would only have to clock in for 29 hours in 2019 to earn the median £29,574 of British staff. (Guardian)

Renewables overtook coal as Germany’s main source of energy for the first time last year, accounting for just over 40 percent of electricity production, research showed on Thursday. The shift marks progress as Europe’s biggest economy aims for renewables to provide 65 percent of its energy by 2030 in a costly transition as it abandons nuclear power by 2022 and is devising plans for an orderly long-term exit from coal. The research from the Fraunhofer organisation of applied science showed that output of solar, wind, biomass and hydroelectric generation units rose 4.3 percent last year to produce 219 terawatt hours (TWh) of electricity. Green energy’s share of Germany’s power production has risen from 38.2 percent in 2017 and just 19.1 percent in 2010. (Reuters)

Parliament must “seriously consider” levying a tax on meat to reduce greenhouse gas emissions and help to render the farming industry carbon neutral, the Green party MP, Caroline Lucas, is urging. Speaking today at the Oxford Farming Conference, an annual gathering of farmers from across the UK, Lucas will propose that a meat tax in the UK could be offset for more sustainable meat producers, such as organic livestock farmers, through more money for sustainable agriculture schemes. “If the world’s diet doesn’t change, we simply can’t avoid the worst effects of climate change,” Lucas will say. Lucas has tabled a parliamentary motion to require farming to be net zero in emissions as quickly as possible, which would involve ways to reduce fertiliser use and increase the amount of organic matter in the nation’s soils. (Guardian)

Indonesia’s Supreme Court has upheld a lower court verdict ordering PT National Sago Prima (NSP), a subsidiary of palm oil and palm kernel producer Sampoerna Agro, to pay IDR 1 trillion (US$69 million) in fines for causing forest fires in 2015. The lawsuit against NSP was filed by Indonesia’s Ministry of Environment and Forestry (KLHK) to the South Jakarta District Court in 2016. The court found that the fires has been caused by NSP’s negligence and ordered the company to pay IDR 319 billion in fines and another IDR 753 billion to cover the cost of rehabilitating the approximately 3,000 hectares of land on the Meranti Islands in Riau affected by the fires. The IDR 1 trillion fine is the largest ever imposed on a plantation company for environmental damages in Indonesia and the ruling offers legal precedence for other environmental damage cases filed against similar companies. (Business & Human Rights)