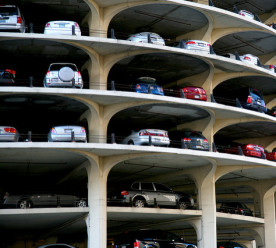 Morgan Stanley calls out investor bias against women and minorities

Businesses run by women and people of colour receive a sliver of the funding that those run by white men do. A new report from Morgan Stanley puts a finer point on why: investors are biased. In a survey of more than 200 investors and lenders, researchers found that funders see fewer pitches from women and minority entrepreneurs, and when they do, they hold them to higher standards. “Everyone has preconceptions and biases and investors are no different (both known and implicit),” the study’s authors wrote. “But these seldom work for the benefit of women and people of colour when trying to source funding.” In the report, Morgan Stanley recommended investors take deliberate steps to solicit pitches from more women- and minority-owned businesses, offer clear feedback and improve the diversity of their own fund management. (Bloomberg)

About one-third of large companies in Australia have failed to pay tax, even though they made a gross profit, but the Australian Tax Office (ATO) says most have good reasons. The latest corporate tax transparency report released today (13th December) and covers Australian and foreign owned companies with an income of $100 million or more and Australian private companies making more than $200 million. Of the 2,109 entities monitored by the ATO in data covering 2016-17, 66 percent paid tax although the remainder did not as they claimed tax losses and concessions that can go back several years. Oxfam Australia chief executive Dr Helen Szoke called the figures an “unjust reality”.  Treasurer Josh Frydenberg said its budget funding for the Tax Avoidance Taskforce targeting multinationals had “enabled the ATO to expand a program that ensures a faster and more intensive approach to tax compliance for the largest 1,000 public and multinational groups.” (ABC)

Chile has launched an ambitious plan to address its capital Santiago’s notorious smog problem including the rollout of electric scooters, cars and taxis, as well as lorries for use in the mining industry. The first 100 electric buses arrived in the country at the end of November, in a move that Chileans hope will revolutionize their public transport system. Mineral-rich Chile aims to increase the number of electric vehicles tenfold by 2022. Energy minister Susana Jiménez told Reuters the government wanted electric vehicles to account for 40 percent of Chile’s private fleet and 100 percent of public transportation on the roads by 2050. The initiative puts Chile at the forefront of clean mobility in Latin America as well as among developing countries worldwide. (Reuters)

Facebook is among a number of companies from the US, UK, France, Switzerland and China named on a “dirty list” of corporations accused of involvement in human rights and environmental violations in Myanmar, or of doing business with the country’s military, which is accused of genocide. A list of 49 companies, compiled by the pressure group Burma Campaign UK, reveals the global breadth of international organisations that have continued to provide arms, infrastructure, technology, engineering and expertise to the Burmese military, or supported projects that have been accused of causing environmental destruction, such as hydroelectric dams and jade mines. Burma Campaign UK said Facebook was on the “dirty list” because it had “consistently allowed its platform to be used to incite hatred and violence [against] minorities in Burma, in particular the Rohingya Muslim minority and Muslims in general.” (Guardian)

A group of 15 international bodies have today announced they are to make their operations ‘climate neutral’ in a move designed to slash global emissions by over two million tonnes a year. The coalition of agencies, which unveiled the new pledge on the sidelines of the COP24 climate summit in Katowice yesterday (12th December), includes a host of international development banks, as well as the OECD Secretariat, the International Paralympic Committee, and the ICLEI-Local Governments for Sustainability group. Together the organisations employ over 50,000 staff and are responsible for over two million tonnes a year of CO2 emissions through their operations. The new pledge will see them “measure their greenhouse gas emissions, reduce them as much as possible, and compensate the currently unavoidable ones with credible carbon credits.” (Business Green)*