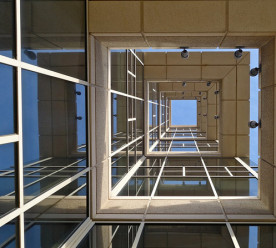 Asset managers team up to pressure governments on climate change

Institutional investors increasingly concerned about climate change have teamed up to ask governments to set tougher policies. A group of 415 investors overseeing $32 trillion in assets has signed a letter asking governments to phase out thermal coal, set a price on carbon emissions and end fossil-fuel subsidies. The signatories, including Allianz SE, HSBC Global Asset Management and Schroders Plc, are presenting it in conjunction with the COP24 global-climate conference in Poland. The fund managers said climate change could cause economic damage that threatens their holdings, and that government policy was key to reducing risk. Schroders estimated that if no action is taken and the world warms by 4 degrees Celsius, that could cause $23 trillion in global economic losses over the next 80 years. “This is permanent economic damage three or four times the scale of the impacts of the 2008 Global Financial Crisis, while continuing to escalate,” the group said in a statement. “Much more needs to be done by governments to accelerate the low-carbon transition.” (Bloomberg; Guardian)

Attempts to incorporate a key scientific study into global climate talks in Poland have failed. Scientists and many delegates in Poland were shocked as the US, Saudi Arabia, Russia and Kuwait objected to this meeting “welcoming” the report. The report, launched in Incheon in South Korea, had an immediate impact winning praise from politicians all over the world. But negotiators here ran into serious trouble when Saudi Arabia, the US, Russia and Kuwait objected to the conference “welcoming” the document. Instead they wanted to support a much more lukewarm phrase, that the conference would “take note” of the report. Saudi Arabia had fought until the last minute in Korea to limit the conclusions of the document. Eventually they gave in. But it now seems that they have brought their objections to Poland. (BBC)

Brazil’s far right president-elect Jair Bolsonaro has picked a big agri-business ally to lead his environment department. Ricardo de Aquino Salles recently won the backing of the ruralists, one of Congress’ most powerful lobby groups. In his first interview after the official announcement, the appointed minister told the Folha de S.Paulo newspaper the “discussion whether there is global warming or not is secondary” and “innocuous.” Asked if Bolsonaro’s government would abandon the Paris Agreement, Salles said: “Let’s examine carefully the most sensitive points and, once the analysis is over [we will make the decision], remembering that national sovereignty over territory is non-negotiable”. Salles was the secretary of environment of the industrialized São Paulo state from 2016-2017, during which he was indicted for misconduct in public office for authorizing a preserved area by the Tietê river to be used for industrial purposes. (Climate Home News)

As humanitarian crises become more drawn out and aid budgets face unprecedented scrutiny, agencies could save millions by switching from diesel and oil fuels to cleaner energy sources – according to a new report from the Moving Energy Initiative. Most refugee and internal displacement camps are in remote locations, so humanitarian agencies consume large amounts of fuel on the transport of staff, equipment, and goods such as food and water. Operations tend to rely on on-site electricity generation to power reception centres, clinics, schools, food storage, water-pumping and street lighting. Despite the essential role of energy in humanitarian action, and the UN’s stated commitment to carbon neutrality by 2020, there is no concerted effort to move away from fossil fuel to date. The report indicates that the sector could save at least 10 per cent of fuel costs on ground transport, 37 per cent through behaviour change and more efficient technologies, and 60 per cent on generation – all using currently available, affordable and proven practice and technology changes. (Chatham House)

The world’s biggest rubber glove manufacturer, Malaysian-listed Top Glove, is accused of abusing workers’ rights. The company employs more than 11,000 migrant workers — mostly from Nepal, Bangladesh, Myanmar and India in 40 factories across Malaysia, Thailand and China. ABC News interviewed two Nepalese workers who work at Top Glove’s Malaysian factories, where they produce the company’s own brand of gloves, as well as products that get shipped to global brands including to Australian-listed corporate Ansell. While Ansell is believed to have cleaned up problems reported previously about conditions at its factories in Sri Lanka and Malaysia, it cannot give assurances that working conditions at its Malaysian suppliers, including Top Glove, WRP and Kossan, currently meet the same standards. In a letter to stakeholders, obtained by ABC News, Top Glove said the allegations were “unfounded”. (ABC News)