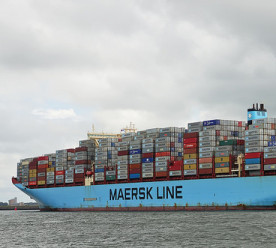 The health benefits of tackling climate change far outweigh the costs of investing in decarbonisation and mitigation measures, according to a new World Health Organisation (WHO) report, which urges policymakers to forge stronger links between health and climate policies. WHO estimates seven million deaths worldwide each year are caused by air pollution, setting the bill at more than $5 trillion in welfare losses globally. Meeting the goals of the Paris Agreement could save around one million lives around the world each year by 2050 through reductions in air pollution alone, it estimates. The report, published 5th December, argues that the value of health gains from climate action could be around double the cost of climate change mitigation policies globally. Dr Tedros Adhanom Ghebreyesus, WHO director-general, described the Paris Agreement as “potentially the strongest health agreement of this century” due to the wider impact of climate change on health issues and crucial resources for humans. (World Health Organisation; BusinessGreen)

Danish container shipping giant Maersk has pledged to become a carbon-neutral business by 2050 – the first commitment of its kind from the global maritime shipping sector. Announced on Wednesday, the move will see Maersk work with governments and industry in order to help spur the development of net-zero vessels and shipping fuels in a bid to make these technologies commercially viable by 2030. Given that the average container shipping vessel has a lifespan of 20-25 years, Maersk’s chief operating officer Søren Toft said that taking ambitious action to decarbonise the shipping sector within the next decade will be “crucial” in achieving the International Maritime Organisation’s (IMO) 2050 target of halving CO2 emissions from 2008 levels. “The only possible way to achieve the so-much-needed decarbonisation in our industry is by fully transforming to new carbon-neutral fuels and supply chains,” Toft said. (Edie; Financial Times)

The vast majority of UK businesses have failed to set carbon emissions targets, while significant numbers are yet to deploy even the most basic sustainability measures. That is the conclusion of a new survey commissioned by environmental consultancy Carbon Credentials, which polled 1,000 heads of sustainability and business owners and a further 1,000 junior managers. It found only 10 percent of businesses had set carbon emissions targets and none had set science-based emissions targets in line with the recommendations of climate scientists. The poll shows that amongst the business community at large credible sustainability strategies remain a rarity. The failure to develop and promote ambitious sustainability strategies is being noticed by employees. Of the 1,000 junior managers surveyed 57 percent said their employers are not doing enough to involve them in cutting their carbon footprint at work. (BusinessGreen)

Bankers, police and campaigners have teamed up on a campaign to reach out to vulnerable people in south London, and give advice regarding their rights, where to seek support and how to act if faced with sexual abuse or labour exploitation. Organisers of the project say it aims to make people living in trafficking hotspots more wary of a crime that is evolving and growing nationwide, according to officials. The campaign, which uses targeted adverts on Facebook to share information about slavery in Romanian and Polish, is the first of its kind in London. “We are trying to highlight people’s rights and direct them to local services by targeting them through social media,” said Neil Giles, a director at anti-slavery group Stop the Traffik. The project is being backed by Barclays Bank which said it has trained its staff on how to spot the signs of slavery, identify traffickers and victims, and report their suspicions. (Business & Human Rights; Thomas Reuters Foundation)

Australia’s parliament on Thursday passed a bill to force tech firms such as Alphabet Inc’s Google, Facebook and Apple to give police access to encrypted data, the most far-reaching such requirements imposed by a western country. The bill, staunchly opposed by the tech giants which fear Australia could be an example as other nations explore similar rules, is set to become law before the end of the year. The bill provides for fines of up to A$10 million ($7.3 million) for institutions and prison terms for individuals for failing to hand over data linked to suspected illegal activities. When it becomes law, Australia will be one of the first nations to impose broad access requirements on technology firms, after many years of lobbying by intelligence and law enforcement agencies, particularly in the so-called Five Eyes nations. “Let’s just make Australians safe over Christmas,” Labor party leader Bill Shorten said. (Reuters)