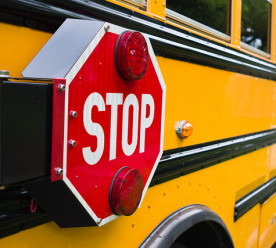 Shell to pay executives in line with decarbonisation achievements

Oil and gas giant Royal Dutch Shell has announced plans to set short-term targets to reduce the net carbon footprint of its energy products and link them to executive remuneration, after years of investor pressure. Investors such as the Church of England and Robeco have pushed Shell to make firm commitments to cut its carbon footprint, saying last year’s announcement of a long-term “ambition” to halve carbon emissions by 2050 did not go far enough. By setting targets “we will be systematically driving down our carbon footprint over time”, chief executive Ben van Beurden told the Financial Times. Shell also said it will link energy transition targets to the long-term incentive plans of senior executives, subject to a shareholder vote in 2020. Shell said it was still in talks with investors about the percentage to be targeted but the remuneration of 1,200 top employees could be affected. (Financial Times; IPE; Edie)

Corporate tax subsidies are costing American public schools big money, according to a report released today by Good Jobs First, a left-leaning Washington think tank. A new governmental accounting rule issued in August 2015 now requires local U.S. governments to report how much money they lose on corporate tax breaks for development projects – their own, or another nearby governmental entity. In the fiscal year of 2017, U.S. public schools lost $1.8 billion across 28 states through corporate tax incentives over which most schools themselves had little or no control, according to the report. The report comes amid increased taxpayer scrutiny of such deals in the wake of Amazon’s nationwide, year-long search for its “HQ2” site. Good Jobs reviewed financial reports from fiscal 2017 for more than 5,600 of the nation’s 13,500 independent school districts. Of the five districts that lost the most, three are in Louisiana. Together, they lost more than $158 million, or at least $2,500 for each student enrolled. (Reuters)

More than a third of Australian lawyers sexually harassed at work, survey finds

More than one in three Australian lawyers have experienced sexual harassment at work, according to a survey by the International Bar Association. The findings, first reported in the journal of the Law Society of New South Wales, prompted the Law Society’s chief executive to call for an “open conversation” in the industry. The International Bar Association surveyed 7,000 lawyers around the world and found that 25 percent had been sexually harassed at work. In Australia, out of 1,000 lawyers, 37 percent had experienced harassment. The chief executive of the Law Society of NSW, Michael Tidball, said that under the Australian solicitors’ conduct rules, sexual harassment could constitute professional misconduct and lead to a lawyer being disbarred. He said he hoped the results of the survey would start a long-term conversation. (Guardian)

Growing numbers of businesses are turning the spotlight onto their supply chains in a bid to drive greenhouse gas emissions cuts and improve their ethical performance, according to the results of an extensive survey released yesterday by HSBC. The survey, which questioned more than 8,500 businesses in 34 markets worldwide, found just under a third of companies plan to make sustainability-related changes to their supply chains over the next three years. The main motivations for change were cost efficiencies in operations, alongside improved revenues and financial performance, HSBC said. Bryan Pascoe, global head of client coverage, suggested companies are starting to recognise that improving environmental performance offers financial rewards. “As businesses explore and invest in ways to stay competitive for the future, the most forward thinking are already taking action,” he said. (BusinessGreen; Edie)

Europe’s startup sector has a “shocking” lack of diversity, with 93 percent of all funds raised in 2018 going to all-male founding teams, according to a report by the investment firm Atomico. Out of 175 large startups included in the survey, just one had a female chief technology officer, only 6 percent had a female chief executive, and even the roles most often held by women – chief marketing officer and chief financial officer – were held by men 80 percent of the time. Once funding is allocated, the divide is even more stark: while 85 percent of deals involve all-male founding teams, they receive 93 percent of the money invested. All-female founding teams receive just 2 percent. Atomico founder, Niklas Zennström, said the investment community needed to lead the change. “Startups are missing out on performance because they lack diversity…The entire ecosystem as a whole needs to challenge itself to make concrete commitments and change.” (Guardian)

Image source: Stop by Phil Roeder on Flickr. CC BY 2.0.