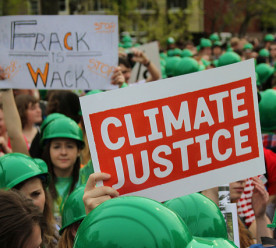 Paul Polman, a ‘crucial voice’ for Corporate Responsibility, steps down as Unilever C.E.O.

Unilever CEO Paul Polman is retiring at the end of the year after a decade in charge of one of the world’s biggest consumer goods businesses. He will be succeeded by Alan Jope, the current head of the group’s beauty and personal care business. As Unilever’s chief, Mr. Polman emerged as one of the most prominent voices in the corporate world calling for changes to the status quo, encouraging big companies to reduce emissions, embrace renewable energy, improve conditions for workers and produce healthier products. Unilever touted the success the company has enjoyed under Polman’s leadership, saying it had delivered total shareholder returns of 290% during his tenure as CEO. “There’s been no one as clear and focused and all-in as Paul Polman in setting goals for his company, his supply chain and taking his words on the road,” said Mindy Lubber, chief executive of Ceres. “His voice has made a difference. He’s put his money where his mouth is.” (New York Times; CNN)*

CEOs of 50 major global companies representing more than $1.5 trillion in revenue have urged world leaders to collaborate more closely with the private sector in order to rapidly speed up the transition towards a low carbon economy. Ahead of next week’s UN Climate Summit in Poland, a joint open letter published yesterday by leading bosses calls for more ambitious policy levers to establish effective carbon pricing mechanisms, shift investment from the high to low carbon economy, and boost societal demand for green products and services. The intervention, coordinated by the World Economic Forum’s (WEF) Alliance of Climate Action CEOs, has backing from the heads of raft of global business, including AXA, Ørsted, HSBC, BT, Allianz, Carlsberg, UBS. The CEOs said they wanted to see a clear signal from the COP24 negotiations that governments are willing to step up their own decarbonisation efforts and strengthen their engagement with those businesses that are working to tackle climate change. (BusinessGreen)

Thousands of schoolchildren across Australia walked out of class on Friday (30th) to demand action by the federal government on climate change. The “Strike 4 Climate Action”, inspired by 15-year-old Swedish student Greta Thunberg, brought together children in capital cities and 20 regional centres such as Ballarat, Newcastle, Townsville and Cairns. A large protest was also held in Hobart on Thursday. More than a thousand primary and secondary students filled Sydney’s Martin Place and students in Melbourne marched through the streets, bringing traffic to a standstill. The prime minister, Scott Morrison, had earlier this week urged students this week not to take part and told them to be “less activist.” “If Scott Morrison wants children to stop acting like a parliament, then maybe the parliament should stop acting like children,” Manjot Kaur, 17, from Ravenswood school said. (Guardian)

People’s health is being damaged today by climate change through effects ranging from deadly heatwaves in Europe to rising dengue fever in the tropics, according to a report. The Lancet Countdown on Health and Climate Change was produced by 150 experts from 27 universities and institutions including the World Health Organization and the World Bank. The report sets out the impacts of global warming on health in stark terms. “A rapidly changing climate has dire implications for every aspect of human life, exposing vulnerable populations to extremes of weather, altering patterns of infectious disease, and compromising food security, safe drinking water and clean air,” it said. The lack of progress “threatens both human lives and the viability of the national health systems they depend on, with the potential to overwhelm health services.” (Guardian)

Deutsche Bank’s head office and other locations in Frankfurt were raided by 170 police officers and tax investigators on Thursday as part of a money laundering probe. Prosecutors said the raids targeted two Deutsche Bank employees, and others who have not yet been identified. The German bank is suspected of helping clients to set up offshore companies in tax havens, prosecutors said in a statement. Investigators are also looking at whether Deutsche Bank failed to report suspicious transactions. Both the lender and prosecutors said the probe is related to the Panama Papers, a 2016 investigation into money laundering networks and shell companies set up by Panama-based law firm Mossack Fonseca. Deutsche Bank said it was cooperating with authorities and would release more details in due course. “As far as we are concerned, we have already provided the authorities with all the relevant information regarding [the] Panama Papers,” it said in a statement. (CNN; Financial Times)*

Image source: Climate Justice by Linh Do on Flickr. CC BY 2.0.