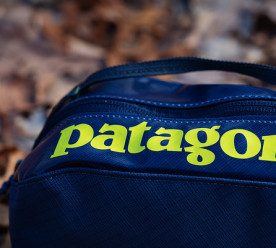 Patagonia said this Wednesday (28th) that it planned to donate $10 million to environmental causes, money the company saved due to President Donald Trump’s massive tax breaks for corporate America last year. In an impassioned note, the clothing brand’s CEO, Rose Marcario, called the tax cuts “irresponsible” and slammed climate change denial at the highest levels of government as “just evil.” She said Patagonia had benefited enormously from the new tax plan but noted that the company would dole out the funds to environmental defenders instead of reinvesting them into the business. “We recognize that our planet is in peril,” Marcario said. “We are committing all $10 million to groups committed to protecting air, land and water and finding solutions to the climate crisis. We have always funded grassroots activism, and this $10 million will be on top of our ongoing 1 percent for the Planet giving.” (Huffington Post)

More than third of workers who are aware of misconduct at work remain silent according to new research by The Institute of Business Ethics (IBE), in Partnership with The Ethics Centre. The ‘Ethics at Work’ survey of 752 Australian workers found 1 in 4 (24 percent) have been aware of misconduct during the past year at work. Yet 35 percent of those workers decided not to speak up. When asked what influenced their decision, 32 percent said they felt speaking up might jeopardise their job; 27 percent did not believe that corrective action would be taken. John Neil Co‐Head of Advice and Education at The Ethics Centre said, “These results reveal that many Australians don’t trust that the current systems for speaking up against unethical behaviour are there to support them, and are choosing to stay quiet or compromise their own values.” (IBE)

France’s ambitious moves to increase gender diversity among its top companies is paying off as it leads the way on the number of women on boards at European corporates. The largest listed French companies have an average of 44 percent of women on their boards, topping the inaugural European diversity index with the highest number on the continent. Nine groups listed on the Paris CAC 40 exchange have a majority of women or an equal number of females on their boards, according to research by European Women on Boards (EWOB) and data provider Ethics & Boards. French luxury brand Kering and hospitality company Sodexo have a majority female board of directors and nine other groups have reached parity. “If women see a woman at the top, they can expect they will have their fair chance to progress,” said Ms Lempereur, Chairwoman of EWOB. (Financial Times)*

Global wage growth in 2017 fell to its lowest rate since 2008, far below levels before the global financial crisis, according to a new International Labour Organization (ILO) report. The Global Wage Report 2018/19 finds that in real terms (adjusted for price inflation) global wage growth declined to 1.8 percent in 2017 from 2.4 percent in 2016. The findings are based on data from 136 countries. The report finds that globally women continue to be paid approximately 20 percent less than men. “The gender pay gap represents one of today’s greatest manifestations of social injustice, and all countries should try to better understand what lies behind them and accelerate progress towards gender equality,” said Guy Ryder, ILO Director General. (Business & Human Rights; ILO)

Stella McCartney is to announce a United Nations fashion industry charter for climate action, which will be launched at next month’s climate talks in Poland. Waste, pollution, deforestation, toxicity in manufacture and carbon-fuelled supply chains combine to make fashion one of the most environmentally damaging industries. The designer hopes the charter will “ring some alarm bells” while making a business case for sustainable fashion, setting out a path for collective action to enable low-carbon production methods to be scaled up, improving economic viability. Other signatories to the charter, which will be launched in Katowice on 10 December, have yet to be announced but are known to include several major fast fashion brands. “Fast fashion is responsible for the lion’s share of environmental impact, so they are the most important element in effecting real change,” said McCartney. (Guardian)