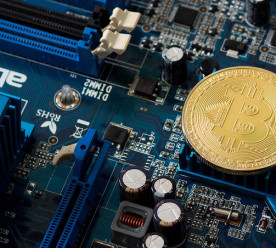 The Ethical Trade Initiative (ETI) have announced the launch of a framework for writing a good modern day slavery statement. The first of its kind, the framework sets out set out in a detailed, transparent and accessible way how to write a good statement – or how to spot a bad one. Modern Slavery Registry found that less than 20 percent of the more than 6,000 statements it has collected meet the minimum legal criteria set out in Section 54 of the Modern Slavery Act, which states that companies in the UK should report every year. Even where they are compliant with the law, many statements are short, vague and lacking in measurable actions. ETI have identified this is in part because it is still not clear what a good statement looks like. The ETI framework aims to drive up the quality of statements by providing a clear and consistent standard to judge them against. (Ethical Trade)

Top oil and gas companies jointly spent around 1 percent of their 2018 budgets on clean energy, but investments by Europe’s giants vastly outpaced their U.S. and Asian rivals, a study showed. Companies such as Royal Dutch Shell, Total and BP have in recent years accelerated spending on wind and solar power as well as battery technologies, seeking a larger role in global efforts to slash carbon emissions to battle global warming. Investors in recent years ratcheted up pressure on boards of fossil fuel companies including Exxon Mobil, the world’s largest publicly-traded oil company, to reduce emissions, spend more on low-carbon energy and increase disclosure on climate change. But the transatlantic divide remains wide, according to CDP, a climate-focused research provider. “With less domestic pressure to diversify, U.S. companies have not embraced renewables in the same way as their European peers,” CDP said in its ‘Beyond the cycle’ report. (Reuters)

The amount of energy required to “mine” one dollar’s worth of bitcoin is more than twice that required to mine the same value of copper, gold or platinum, according to a new paper, suggesting that the virtual work that underpins bitcoin, ethereum and similar projects is more similar to real mining than anyone intended. One dollar’s worth of bitcoin takes about 17 megajoules of energy to mine, according to researchers from the Oak Ridge Institute in Cincinnati, Ohio, compared with four, five and seven megajoules for copper, gold and platinum. Previous attempts to gauge how much electricity is burned to power the bitcoin network have estimated the power consumption of the network as equivalent to that of the nation of Ireland. Another noted it was producing the same annual carbon emissions as one million transatlantic flights. (Guardian)

Police arrested a controlling shareholder of meatpacker JBS SA and two former Brazilian agriculture ministers on Friday in connection with an investigation into illegal campaign contributions. The arrests of Joesley Batista, a member of the family that founded the world’s largest meat processor, Antonio Andrade and Neri Geller, who served consecutively as agriculture ministers under former President Dilma Rousseff, have been confirmed by a federal court official. The federal police and tax authorities said they were investigating allegations that a large meatpacking firm, which they did not identify, had provided illegal campaign funding to lawmakers and officials at the agriculture ministry. The tax authority said 22 million reais ($5.85 million) in bribes may have been paid to politicians and officials. (Reuters)

Indonesia leans on businesses to do more about plastic waste

The Indonesian government is set to make consumer goods manufacturers more responsible for managing the waste from their product packaging, in a bid to tackle one of the worst plastic trash problems in the world. Indonesia, a country of more than 250 million people, is the biggest contributor, after China, to plastic waste in the oceans. The regulation, expected before the end of this year, is part of a wider effort to cut Indonesia’s waste output by 30 percent by 2025 from current levels, according to Rosa Vivien Ratnawati, the environment ministry’s head of waste management. The so-called extended producer responsibility (EPR) regulation will oblige producers and retailers to redesign their product packaging to have a higher proportion of recyclable material and to take greater responsibility for the management of waste from their products. (Mongabay)