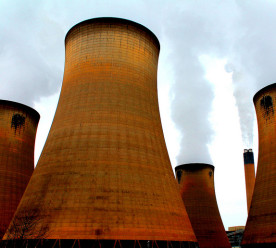 Major international corporate reporting bodies and framework providers have announced a new two-year project to drive better alignment in the corporate reporting landscape, to make it easier for companies to prepare effective disclosures that inform capital markets and society. It was launched at the Bloomberg Sustainable Business Summit in London and in Sydney, where Corporate Reporting Dialogue participants committed to improving sustainability reporting frameworks. SASB, GRI and CDP will work to map their frameworks against the TCFD recommendations, working to align their metrics across their reporting frameworks. The project will also consider how frameworks such as the IIRC’s and CDSB’s can be used to promote further integration between non-financial and financial reporting. “There is a renewed urgency to drive better alignment that can combat reporting fatigue, reduce burden and enable more effective corporate reporting.” said Ian Mackintosh, Chair of Corporate Reporting Dialogue. (Corporate Reporting Dialogue)

An extensive criminal investigation into tax fraud in Germany has spread to BlackRock, the world’s largest asset manager, with the group’s Munich offices raided by criminal prosecutors on Tuesday. The enquiry centres on historical so-called ‘cum-ex’ transactions, which investors used for years to exploit a legal loophole in Germany’s tax code, enabling multiple parties to claim a refund of taxes paid on share dividends. The German finance ministry said it was aware of 418 different cases of cum-ex tax fraud with a total value of €5.7bn. An individual familiar with the investigation said that BlackRock is not itself a target of the criminal investigation, but investigators were looking for information about BlackRock’s share-lending activities between 2007 and 2011 which might have enabled cum-ex transactions by other parties. A spokesperson for BlackRock said the group were: “fully co-operating with the ongoing investigation.” (Financial Times)*

An independent report commissioned by Facebook was published on Tuesday, finding that its social media platform had been misused in a way that contributed to human rights abuses in the country. Business for Social Responsibility (BSR), the non-profit that conducted the report, said Facebook had “created an enabling environment for the ongoing endorsement and proliferation of human rights abuse in Myanmar.” The platform had been used “to undermine democracy and incite offline violence,” by form of character assassinations and hate speech against minority individuals. The report was commissioned after the UN published a report that criticized Facebook’s “slow and ineffective” response to the abuses. Alex Warofka, Facebook’s product policy manager stated: “We know we need to do more to ensure we are a force for good in Myanmar, and in other countries facing their own crises.” (CNBC)

The chief executives of Schroders and Aviva Investors, two of the UK’s largest asset managers, have voiced concerns about incoming rules that will make senior executives in their sector more accountable for wrongdoing. Under the Senior Managers and Certification Regime (SMCR) introduced by the FCA, which applies to UK banks and will to asset managers from December 2019, City firms must identify the staff who should bear the ultimate responsibility for malpractice. Chief executives Peter Harrison and Euan Munro have stated that the Senior Managers and Certification Regime could ultimately damage the culture within asset managers and “take the fun” out of running a company. Fund managers have also claimed that complying with SMCR could damage confidence in their sector. Harrison, Schroder’s CEO stated: “I think it will do something that I disagree with, which is emphasise hierarchical structures.”(Financial News)*

Washington state on Tuesday rejected a carbon tax ballot initiative that supporters hoped would be the first voter-approved tax on fossil fuel emissions to fight climate change. Washington’s plan known, as Initiative 1631, would have required fossil fuel companies to pay $15 per tonne of carbon dioxide they release, beginning in 2020. The initiative won the endorsement of environmental, labour, tribal, and social justice groups, but supporters could not overcome record spending by opponents, of more than $31 million, primarily by a political action committee formed by the Western States Petroleum Association, which represents companies such as BP, Chevron, Shell and Exxon Mobil. According to Catherine Reheis-Boyd, president of the Western States Petroleum Association voters rejected the initiative because “they understood it was a flawed initiative that would have raised consumer costs substantially while doing very little to meet carbon reduction goals in the state”,. Environmentalists vowed to persevere. (Guardian; Washington Examiner)

Corporate Citizenship Briefing is a proud supporter of the 2019 edie Sustainability Leaders Forum taking place on 5&6 February at the Business Design Centre, London.

The forum is the flagship event for global sustainability leaders inspiring change for good. The 2019 theme is ‘Embracing the fierce urgency of NOW’.

Speakers from the likes of BEIS, Unilever, Coca-Cola, M&S, Carlsberg, Tesco, BT and more will address how to connect sustainability with profitability, unlock the power of purpose-driven strategies, and accelerate behaviour change.

As a supporter, we can offer our members a preferential rate to attend – to view full details and book, visit https://goo.gl/CR7zfU and quote promo code CCB15 to get the 15% discount.