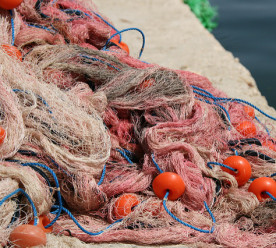 The tobacco industry is “reverting to tricks and stunts” in a bid to attract young smokers, the head of the Public Health Association of Australia has said, after analysis revealed cigarettes with flavour-changing capsules were the fastest growing segment of the combustible tobacco market. Adjunct Professor Terry Slevin described the modification of tobacco products to make them more appetising as “an extraordinary assault on public health”. “Any modification to tobacco products which clearly aim to increase rates of smoking and target young smokers should be ruthlessly resisted,” he said. Slevin said an urgent national strategy was needed to respond to the growing market, in addition to the tobacco control acts in each state and territory. (Guardian)

Britain will levy a new tax on those who make or import plastic packaging with less than 30 percent recycled material, finance minister Philip Hammond said on Monday (29th October). The measure, to be introduced in April 2022 subject to consultation, is an attempt to reduce waste and help tackle climate change. “The tax will provide a clear economic incentive for businesses to use recycled material in the production of packaging which in turn will create greater demand for this material,” the Treasury said, following Hammond’s announcement. Hammond added that he would continue to study the use of single-use plastic in takeaway cups but had concluded that a tax would not be effective in encouraging widespread reuse. (Reuters)

The UK’s largest water company, United Utilities is set to roll out an energy flexibility platform in which incorporates artificial intelligence (AI) to cover its entire water network, after a three-month trial generated energy savings of 22 percent. The AI system, called HARVI and produced by Canadian firm EMGAIN, employs combined heat and power (CHP) to optimise energy usage. The move to implement AI technology comes as United Utilities, which currently generates 21 percent of its electricity consumption through its own renewable arrays, aims to reduce customer bills by 10.5 percent in real terms by 2020. United Utilities chief executive, Steve Fraser, commented “technology like this is going to play an integral role in our drive towards ‘systems thinking’, helping us make more sense and better use of big data.” (Edie)

Malaysia’s Deputy Prime Minister, Datuk Seri Dr Wan Azizah Wan Ismail, has called for the need of gender perspective in the formulation and implementation of all policies, plans and programmes in the three ASEAN Community Pillars; to enable all women and girls to reach their full potential. Dr Wan Azizah highlighted the adoption of the Declaration on Gender Responsive Implementation of the Asean Community Vision and Sustainable Development Goals (SDG) at the 31st ASEAN summit in 2017; the declaration has nine key implementation methods to reduce gender-mainstreaming policies. “The issues are wide-ranging, but we have a set of twin goals, to protect all women and girls from harmful gender discrimination and to empower women by ensuring equitable access to resources,” she stated. The Malaysian government has targeted female labour participation to reach 59 percent by 2020. (Business and Human Rights)

Tesco and Nestlé sign up to Global Ghost Gear Initiative

The British food retailer, Tesco, and international food giant, Nestlé, have become the latest high profile companies to sign up to the Global Ghost Gear Initiative (GGGI), an international campaign to tackle the estimated 640,000 tonnes a year of fishing gear that is discarded into the world’s oceans, which is thought to account for 10 per cent of marine debris and poses a huge threat to wildlife. Founded in 2015, the GGGI now boasts 91 members, including a host of governments and a raft of leading UK retailers such as Lidl, Sainsbury’s, Morrisons, Marks and Spencer, and Waitrose. The group said it would double the financial commitment from its members to $2 million in 2019 to ensure the “effective scaling of projects aimed at addressing and preventing the problem of ghost gear, especially in developing countries.” (Business Green)