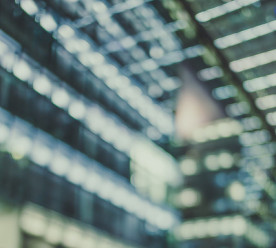 A group of nine corporations have collectively pledged to invest $500,000 into projects which aim to accelerate global progress on one or more on the UN’s 17 Sustainable Development Goals (SDGs). As part of a new initiative called Lead2030 and led by UK-based non-profit One Young World, each of the companies will invest $50,000 in a project which is already working to address a Global Goal related to that firm’s sector. To receive funding, the programmes must be founded by someone aged 18-30 and already making a “tangible” impact on their selected SDGs. Success in some categories will also require the project to be scalable and financially viable – with or without the funding. The nine businesses taking part are RB, AstraZeneca, Deloitte, Credit Suisse, BP, Standard Chartered, Mondi Group, KPMG and Bristol-Myers Squibb. (Edie)

The anti-plastic “fervour” sweeping across the UK is weakening the fight against climate change, the founder of an organic food company has said. But Mr Singh-Watson, founder of Riverford Organic Farmers, which supplies about 47,000 boxes of vegetables to homes in the UK each week, said demonising plastic could do more harm than good. Mr Singh-Watson, whose company is aiming to use only fully compostable plastic by 2020, says switching materials isn’t always the best option – as some, like paper, can have a higher carbon footprint than plastic. He said it would be “a step in the wrong direction” if companies focused too much on their plastic usage, rather than addressing energy efficiency or reducing their carbon footprint in other ways. (BBC)

Asian investors with a combined $2.3 trillion in assets have signed up to engagement initiative Climate Action 100+. The institutions include Japan’s Government Pension Investment Fund (GPIF), which has $1.4 trillion in assets, making it the largest pension fund in the world. The others to have signed up since late May are Nikko Asset Management, China Asset Management Company, Mitsubishi UFJ Trust & Banking Corporation, Fukoku Capital Management and Resona Bank. The initiative, which will engage with the biggest corporate emitters of carbon dioxide globally and demand that they show how their businesses are evolving to be in line with the transition to a low-carbon economy, now has the support of 310 investors, representing over $32 trillion in assets collectively under management. (Environmental Finance)*

BlackRock has launched six ‘sustainable exchange-traded funds’ (ETFs), which it hopes will propel environmental, social and governance (ESG) investing further into the mainstream. The world’s biggest asset manager, which has $6.4 trillion of assets, said the ‘core ETFs’ launched under its iShares platform can be used as low-cost building blocks of a portfolio and will help embed sustainability at the heart of equities investments. BlackRock, which recently suffered outflows and is increasingly targeting ESG and sustainability investing, believes that the value of ESG ETF assets have the potential to grow to $400 billion over the next decade. “We are moving from ‘why invest in ESG to why not?'” said Benoit Sorel, head of iShares EMEA product at BlackRock. (Environmental Finance)*

Philippines to roll out ‘comply or explain’ sustainability reporting guidelines

Public listed companies (PLCs) in the Philippines will soon have to report their environmental, social and governance (ESG) performance to regulators, or explain why they have failed to do so. The Securities and Exchange Commission’s (SEC) ‘comply-or-explain’ regulation will take effect by the end of the year, two years after the government body announced it would make sustainability reporting part of its recommendations for corporate governance. Rose Carmela Gonzalez-Austria, assistant director for corporate governance and finance at the SEC, said the commission recognises that the Philippines is lagging with regulations to improve corporate governance. The first sustainability reports will be submitted in 2020. (Eco-Business)

Image source: Restgrün by Matthias Ripp on Flickr. CC BY 2.0.