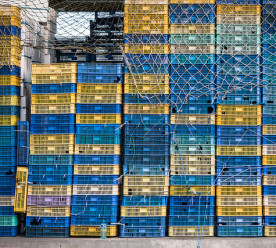 Shell’s largest UK pension fund is under pressure from a member who says it is failing to disclose how it deals with climate risk, in what is regarded as a test case for other UK pension funds. The £16 billion Shell Contributory Pension Fund (SCPF) was contacted last week by Christoph Harwood and ClientEarth, the legal environmental campaign group. They requested proof of how it is dealing with the issue of climate change given the material financial risk to investments. They warned the SCPF by letter that they would take the complaint to the Pensions Ombudsman, which has legal powers to settle disputes and complaints, if they did not receive a satisfactory response within three weeks. “This new UK case is a timely wake-up call for the pensions sector,” said Catherine Howarth, chief executive of ShareAction, the responsible investment organisation. (Financial Times)*

According to the just-released third annual Responsible Investing Survey by RBC Global Asset Management, the percentage of U.S. institutional investors who reject environmental, social and governance (ESG) principles outright shrank to 34 percent from 51 percent in 2017. Further, 24 percent of U.S. investors now say that an ESG integrated portfolio will outperform a non-ESG portfolio, five times the number who agreed in 2017. Globally, 90 percent of institutional investors believe ESG integrated portfolios are likely to perform as well or better than non-ESG integrated portfolios, and 72 percent are using ESG to make investment decisions. More than half say they consider ESG integration to be part of their fiduciary duty – double the percentage who said so last year. (TriplePundit)

Marks & Spencer (M&S) has launched an interactive digital map that allows customers and shareholders to track the origin of its seafood products. The company claims that its new seafood map is the first from a UK retailer to include information on both the capture or farming method and sustainability information for every fishery or farm. Available as a free online tool, the map shows where the seafood was caught, the catch method used and whether the fishery is certified by an organisation such as the Marine Stewardship Council (MSC). In cases where the fishery is not yet MSC-certified, the map includes information on what improvements are being made to boost sustainability. M&S currently sources 86% of its seafood from certified fisheries, with the rest coming from facilities that are engaged in fishery improvement projects (FIPs). (Edie)

Blue Planet Environmental Solutions, a Singapore headquartered company founded in 2017 with a vision to create the most sustainable waste management enterprise in Asia, has unveiled the strategic acquisition of Rudra Environmental Solutions which owns and operates a thin film plastic waste recovery facility. The combined entity now provides a comprehensive solution to convert waste plastic into valuable energy and material outputs while focusing on delivering a positive social and environmental impact. “Our collaboration with Rudra is the first step towards achieving the goal of creating practical and scalable solutions to revolutionise the waste management industry,” remarked Madhujeet Chimni, Founder and Chairman of Blue Planet Environmental Solutions. (Eco-Business)

Google did not disclose security bug because it feared regulation, says report

Google did not initially disclose a Google+ security bug when it first discovered it this spring because it feared regulatory scrutiny and reputational damage, according to a Wall Street Journal report citing documents and people briefed on the incident. Google wrote in its own blog post that it didn’t immediately alert users of the Google+ bug based on its criteria for determining when to notify users about privacy and security bugs. However, a memo prepared by Google’s legal and policy staff and seen by the Journal shows that leadership was also concerned about causing a potential privacy scandal. The memo allegedly warned senior executives that news of the bug would cause “immediate regulatory interest” and draw comparisons to Facebook’s Cambridge Analytica data scandal. The company plans to shut down all consumer functionality of Google+ over the next ten months. (CNBC)