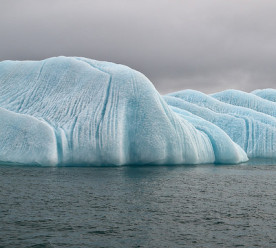 Take part in our latest research into best practice in Corporate Sustainability Communications: share your views in our survey here: https://www.surveymonkey.co.uk/r/Z2Q86FY.

Almost two-thirds (61 percent) of companies in the UK’s private sector have not yet set a specific, numerical target for reducing their emissions, a new survey from consultancy YouGov has revealed. Of the 848 C-suite executives and energy managers surveyed, just 331 said their company had set a target for reducing its carbon emissions. This finding came despite 619 (73 percent) of respondents claiming that sustainability was “very important” to their brand. Published on Friday (5 October) as part of waste management firm, Veolia’s, white paper on energy efficiency in buildings, the survey revealed that almost half (45 percent) of respondents with an annual energy bill of £2 million or more believe their buildings are “OK or poor” in terms of energy efficiency. (Edie)

US economists William Nordhaus and Paul Romer have jointly won this year’s Nobel Prize in Economic Sciences for their work on climate change and innovation. Nordhaus was awarded the Nobel Prize for his pioneering work on modelling the economics of climate change and energy. He shared the prize with Paul Romer, developer of “endogenous growth theory”, which emphasises the value of investing in innovation. The Nobel committee said the pair had “brought us considerably closer to answering the question of how we can achieve sustained and sustainable economic growth”, by developing models that explain how the market economy interacts with nature and knowledge. (Business Green; Financial Times)*

America’s first autonomous robot farm launched last week, in the hopes that artificial intelligence (AI) can remake an industry facing a serious labour shortage and pressure to produce more crops. Claiming an ability to “grow 30 times more produce than traditional farms” on the strength of AI software, year-round, soilless hydroponic processes, and moving plants as they grow to efficiently use space, the San Carlos, California-based company Iron Ox aims to address some of the agricultural industry’s biggest challenges. Such challenges have also caught the attention of investors, who made more than $10 billion in investments last year, representing a 29 percent increase from 2016. (Guardian)

Agreement bans commercial fishing across much of the Arctic, for now

Nine jurisdictions, including China, Japan and South Korea have committed to do joint scientific research to gain a better understanding of the Arctic ecosystem and determine the region’s potential for commercial and sustainable fisheries. While no fishing takes place in the Central Arctic Ocean at the moment, rising temperatures and melting ice could make this a possibility soon. Under a new agreement, commercial fishing will be banned across a large chunk of the Central Arctic Ocean as a precautionary measure for at least 16 years from when it comes into force. The legally binding “Agreement to Prevent Unregulated High Seas Fisheries in the Central Arctic Ocean,” signed in Ilulissat, Greenland, on October 3, bans commercial fishing in the high seas portion of the Central Arctic Ocean, covering 2.8 million square kilometers (1.1 square miles) until there’s a better scientific understanding of the fish stock in the region. (Mongabay)

Crisp consumers will soon be able to send their empty packets for recycling into new plastic products under a new scheme by crisp brand Walkers and recycling specialists TerraCycle. Walkers has agreed to offer a free national recycling scheme to stop millions of empty crisp packets ending up in landfill in the UK every year after consumers heaped pressure on it to change its plastic packaging. A social media campaign asking crisp manufacturers to make their packaging recyclable led to Royal Mail issuing a plea to members of the public last week to put empty crisp packets in an envelope before posting them back to the company. The Leicester-based company has been accused of adding to the plastic waste littering the streets and seas by producing more than 7,000 non-recyclable crisp packets every minute. (Business Green; Guardian)

The Good Capital Conference is dedicated to partnering Sustainable and Impact Enterprises with a wide range of sustainability stakeholders, including investor counterparts. In addition to the outstanding content on offer, attendees will benefit from a highly structured networking system, enabling meetings to be pre-booked in advance.

Please note you can benefit from a 10% saving if you reserve your ticket here and quote Corp20.