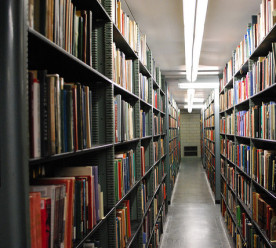 Australia’s richest person, Gina Rinehart, has been revealed as a key funder of the Institute of Public Affairs – one of the largest promoters of climate science denial in Australia. Rinehart’s company, Hancock Prospecting, donated $2.3m to the IPA in 2016 and $2.2m in 2017, according to disclosures made to the New South Wales supreme court. The IPA’s 2017 annual report declared $6.1m of income but said that 86% had come from individuals. Based on that report, Hancock Prospecting’s $2.2m donation would appear to have constituted more than a third of the IPA’s income that year. Rinehart’s own views on human-caused climate change match those promoted by the IPA. In 2011, she wrote in a magazine column that she had “yet to hear scientific evidence to satisfy me that if the very, very small amount of carbon dioxide in the atmosphere (approximately 0.38%) was increased, it could lead to significant global warming”. An IPA-sponsored climate study that claimed most global warming was natural was heavily promoted among conservative media outlets around the world. (The Guardian)

Librarians are in uproar after an article in Forbes magazine proposed replacing all public libraries in the US with Amazon bookstores. “At the core, Amazon has provided something better than a local library without the tax fees. This is why Amazon should replace local libraries,” wrote Panos Mourdoukoutas, a professor of economics at LIU Post in New York. Librarians across the nation sprang to the defence of libraries, saying they offer services that a private company like Amazon could not hope to match. In a series of tweets, Amanda Oliver, who has been a librarian in Washington DC for the last seven years, said the value of libraries could be seen in the services provided to a huge range of people. “This country has such a massive problem with ignoring its most needy. And the first things we want to do away with or make cuts to always seem to be the institutions that serve them. What a privilege to think libraries are just for books.” (The Guardian)

UK’s plastic waste may be dumped overseas instead of recycled

Huge amounts of the UK’s packaging waste are being sent overseas on the basis that it will be recycled and turned into new products. However, concerns have been raised that in reality much of it is being dumped in sites from Turkey to Malaysia. Britain does not have the requisite infrastructure to recycle its own plastic waste, so it is sent abroad. But a report by the National Audit Office (NAO) criticised the Environment Agency’s oversight of the scheme in England. The NAO said 11m tons of packaging was used by UK households and businesses and noted that 64% of packaging waste was reported as recycled, in 2017. The head of the NAO, Sir Amyas Morse, said: “If the UK wants to play its part in fully tackling the impacts of waste and pollution, a tighter grip on packaging recycling is needed.” (Edie)

California-based Crop One just announced a $40 million joint venture with Emirates Flight Catering to build one of the largest vertical farms in the world. The new farm, set to be completed in December 2019, would harvest 6,000 pounds of greens per day in Dubai. A US Vertical farm competitor, Oasis Biotech, held the grand opening to its Las Vegas hydroponic farm just last week. The Crop One farm will allow the food service company to bring vegetables from farm to fork within 24 hours, said Saeed Mohammed, Crop One’s CEO. It also enables the company to claim a lighter carbon footprint with its supply chain, he added. (GreenBiz)