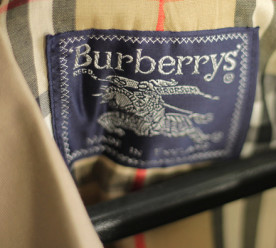 Supply chains based on modern slavery may reach into the West

The Global Slavery Index, compiled by the Walk Free Foundation, has reported that G20 countries annually import more than £272 billion of products from places with a high prevalence of modern slavery. According to the Economist, modern slavery is often seen as a problem that is limited to poor countries, but in reality forced labour in the developing world feeds into supply chains that lead to the West. “The prevalence of modern slavery is driven through conflict and oppression, but it’s also derived in more developed countries by consumer demand,” said Fiona David, executive director of research at the Walk Free. Despite a G20 pledge to police human rights abuses in supply chains last year, 12 of the G20 countries were found to have taken no action to stop businesses from sourcing goods made by slave labour. The study found that 40.3 million people are in modern slavery in 2016, 71% are woman. Specifically concerning the UK, it was found that an estimated 136,000 people in the UK live as slaves, a number 12 times higher than the official government figure of 13,000. (The Guardian; CNN)

The UK’s Liverpool City Council has announced a new partnership with a blockchain platform company, the Poseidon Foundation, to offset more than 110% of its carbon emissions, with the city announcing its bid to become the world’s first climate-positive city by the end of 2020. Liverpool is striving to reduce its carbon impact by 40% by 2030 and is currently installing more than 15,000 energy saving LED streetlights across 2,000 streets to reduce streetlight energy consumption by 82%. Blockchain is viewed as one of the “essential eight” emerging technologies by PwC that will play a crucial role in tackling issues around climate and biodiversity. Poseidon’s, Laszlo Giricz said: “This is a ground-breaking partnership not just for Poseidon and Liverpool, but globally. For the first time, a city will use blockchain technology to go beyond rebalancing its carbon footprint – leading the way in the fight against climate change.” (Edie)

U.S. District Judge, John Keenan, dismissed a lawsuit by New York City seeking to hold major oil companies liable for climate change caused by carbon emissions from burning fossil fuels. Keenan’s stated his reasoning was. “climate change must be addressed through federal regulation and foreign policy.” The city said claims the companies including, Chevron Corp, BP Plc, ConocoPhillips, Exxon Mobil Corp and Royal Dutch Shell Plc, knew for years that carbon emissions caused global warming, yet they promoted fossil fuels while pushing public relations efforts to discredit science on the risks of climate change. The oil companies moved to dismiss the case on numerous grounds, including that the federal Clean Air Act authorizes only the Environmental Protection Agency to bring lawsuits over pollution. Shell, Exxon and ConocoPhillips all said they were pleased with the court ruling. (Reuters)

Theresa May confirms UK will publish an Environment Bill

UK Prime Minister, Theresa May, has announced that the government will introduce a new Environmental Bill. ““There hasn’t been an Environment Act since 1995, and so we want to bring forward an Environment Bill that will incorporate a range of issues, May said May was pressed on a range of issues including the VW emissions scandal and post-Brexit environmental standards, considering the US and Germany have already taken steps to eliminating the issue by heavily fining the “cheat devices” company. May stressed that the Department for Transport was “looking at this issue” and was in talks with VW on the matter. WWF chief executive Tanya Steele commented in favour of the bill stating, “This is incredible news from the government and we look forward to seeing the details they set out to improve the environment for the next generation, and to getting a Bill soon.” (Edie)

Burberry, the British fashion label, destroyed unsold clothes, accessories and perfume worth £28.6m last year to protect its brand. The luxury brand said that the energy generated from burning its products was captured, however, making it environmentally friendly. “Burberry has careful processes in place to minimise the amount of excess stock we produce,” a spokesperson for Burberry said. Additional luxury companies such as Richemont, which owns the Cartier and Montblanc brands, has had to buy back €480m (£430m) worth of watches over the last two years. Analysts say some parts of those watches would be recycled, but much would be thrown away. Environmental campaigners along with Lu Yen Roloff of Greenpeace are angry about the waste. “Despite their high prices, Burberry shows no respect for their own products and the hard work and natural resources that are used to made them,” she commented, “It’s a dirty secret of the fashion industry. Burberry is just the tip of the iceberg.” (BBC)

The edie Responsible Retail Conference (20th September, London) offers inspiration and practical tools for retailers and their stakeholders, helping them to realise the potential of environmentally and socially-conscious business models.

This CPD-certified conference offers you the chance to:

15% DISCOUNT TO ATTEND: Corporate Citizenship Briefing contacts are entitled to a 15% discount to attend this event. Register now at https://event.edie.net/retail/book/ and enter CCB15 into the promo code box.