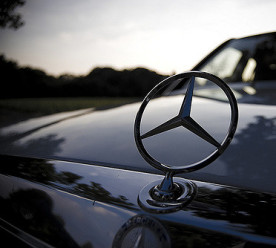 Campaigners have urged automakers to be more transparent in how they source the mineral mica, which adds a shimmer to cars, after Mercedes-Benz boosted efforts to ensure its India supply comes from legal mines free from child labour. German carmaker Daimler, owner of Mercedes-Benz, announced in June 2018 that it was increasing inspections and transparency in its sourcing of mica to prevent child labour, forced labour and inhumane work conditions. It audited three mica mines in India and “discovered and assessed isolated abuses and took corresponding measures” such as dropping one operator from its supply chain. Ravi Kant, founder of the New Delhi-based anti-trafficking charity Shakti Vahini, said that “Once one company…decides to take the lead, others should follow. It will be great if others do this because there are slavery footprints in many of these companies.” (Thomson Reuters Foundation)

UK Chancellor Phillip Hammond is actively considering the implementation of a digital tax as part of efforts to level the playing field with bricks and mortar retail stores, which must pay high business rates. British high streets have been decimated in recent years by a migration of customers online as physical outlets struggle to match prices with their online competitors who do not carry the same overheads. Addressing the issue directly Hammond said he would ‘find a better way of taxing the digital economy’ in response to increasingly vociferous protests from retailers. The comments were reported in a letter to MPs but while the Chancellor appears ready to increase his tax take from digital businesses he is less keen to reduce business rates, warning that they were vital in providing funding for local government. (The Drum)

Grab partners with Telkomsel to provide internet access to drivers

Ride-hailing service Grab Indonesia has announced a partnership with the country’s largest mobile operator, Telkomsel, to provide its driver partners with affordable, high-quality internet access. “The partnership between Grab and Telkomsel proves Grab’s commitment to the betterment of its partners and peers. We want everyone working together to grow with us. Our services heavily rely on optimal communications technology, and with Telkomsel’s countrywide coverage, we can be assured that our drivers’ daily communication needs will be met,” Grab Indonesia executive director Ongki Kurniawan said in a press release. Under the partnership, Grab drivers can access the widest and most stable network in the country at affordable rates by switching their sim cards. Grab currently provides on-demand services in 224 cities in eight countries in Southeast Asia, including Indonesia. (Jakarta Globe)

Twitter has sharply escalated its battle against fake and suspicious accounts, suspending more than 1 million a day in recent months, a major shift to lessen the flow of disinformation on the platform. The rate of account suspensions has more than doubled since October 2017, when the company revealed under congressional pressure how Russia used fake accounts to interfere in the U.S. presidential election. Twitter suspended more than 70 million accounts in May and June 2018, and the pace has continued in July, according to the data. The extent of account suspensions, which has not previously been reported, is one of several recent moves by Twitter to limit the influence of people it says are abusing its platform. The changes, which were the subject of internal debate, reflect a philosophical shift for Twitter with its executives having long resisted policing misbehaviour more aggressively. (Washington Post)

New homes in England are set to be fitted with electric vehicle (EV) chargers under a new strategy the UK government hopes will put the country on route to delivering zero emission road transport. The government’s new Road to Zero green transport strategy will set out plans for an overhaul of building regulations to require developers to install charge points on new houses, flats and office blocks. Companies installing EV charge points will be eligible for a slice of a new £400 million Charging Infrastructure Investment Fund, designed to support the rollout. Some £40 million is also earmarked to support research into wireless charging, while businesses looking at installing workplace charge points will be able to claim grants for 75 percent of the purchase and costs of a chargepoint. (BusinessGreen)