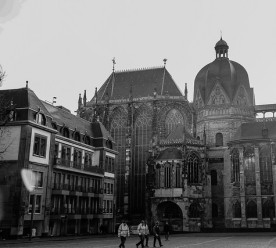 A group of international investors managing more than $12 trillion has written to 500 of the world’s top companies calling for more information about the treatment of their employees. More than 100 institutional investors from 11 countries signed a letter sent by the Workforce Disclosure Initiative (WDI), coordinated by ShareAction, seeking better data on issues such as diversity, workers’ rights and health and safety in their supply chains. The investors, among them Schroders, UBS, Amundi, HSBC Asset Management, Axa Investment Managers, Legal and General IM, Nordea, Rockefeller & Co, and AustralianSuper, gave the companies a deadline of October 22, 2018 to respond. “As companies have been reinforcing their disclosures on environmental topics over recent years, we wish to see a similar effort with social factors,” Matt Christensen, Global Head of Responsible Investment, AXA IM, said in a statement. (Reuters)

Adani is facing the prospect of being ordered to cease work in the vicinity of its Abbot Point coal terminal and planned rail corridor, after Juru traditional owners applied for a “stop order” to protect sacred sites. Juru Enterprises claims cultural heritage surveys conducted for Adani by another group, the Kyburra Munda Yalga Aboriginal Corporation, are “unauthorised” with some traditional owners also concerned the surveys did not properly identify and protect Juru sacred sites. Adani says all surveys conducted by Kyburra are valid and that it has an “absolute legal obligation” to work with the group, which holds in trust the native title rights for the Juru people. The deputy premier of Queensland, Australia will have to decide whether there are “reasonable grounds for concluding the activity is harming, threatening to harm, or will have a significant adverse impact on Aboriginal or Torres Strait Islander cultural heritage”. (Guardian)

UN Environment’s Principles for Sustainable Insurance Initiative, in partnership with WWF and the UN Educational, Scientific and Cultural Organisation (UNESCO) World Heritage Centre, has launched the first-ever global insurance industry statement of commitment to protect the outstanding universal value of World Heritage Sites. Currently, almost half of natural World Heritage Sites are threatened by harmful industrial activities such as exploring and extracting oil, gas and minerals; illegal logging; overfishing; unstainable use of water; and large-scale infrastructure projects such as dams, pipelines, and roads. Early signatories to the Statement include Swiss Re, Peak Re, National Reinsurance Corporation of the Philippines, Interamerican, La Banque Postale, Risk Management Solutions and Earth Security Group. “With almost half of natural World Heritage Sites threatened by harmful industrial activities this momentum should help encourage the wider financial community to follow the insurance industry’s leadership and commit to action,” said Margaret Kuhlow, WWF Finance Practice Lead. (UNESCO)

Shell has backed calls for the UK to bring forward its 2040 ban on new petrol and diesel car sales. Ben van Beurden, chief executive of the Anglo-Dutch group, said he welcomed the idea of bringing forward the ban, as it would provide clarity and make it easier for companies like Shell to make investment decisions and also shift consumer attitudes. Asked if he would like to see the ban take effect earlier, as MPs, mayors and thinktanks have called for, he said: “If you would bring it forward, obviously that would be welcome. I think the UK will have to go at a much higher speed than the speed the rest of the world can go.” Van Beurden said a lot of work was needed to cut emissions from transport, which in the UK has overtaken energy as the sector with the biggest carbon footprint. (Guardian)

The US Justice Department has subpoenaed commodities giant Glencore in a corruption and money-laundering investigation that spans two continents and 11 years. Glencore, which runs mining and commodity trading operations, is being investigated for possibly bribing officials in Nigeria, Venezuela and the Democratic People’s Republic of Congo, the company announced. The company has disclosed that the Department of Justice asked for records related to compliance with the Foreign Corrupt Practices Act, a bribery law, and anti-money laundering statutes. The news sent shares of the company tumbling by as much as 13 percent, its worst decline in more than two years when workers died in a Congolese mining accident. The company has few, if any, related businesses in the three countries — suggesting that investigators are looking at high-level executives involved in trading commodities, one person familiar with the company’s business structure told The Post. (New York Post)