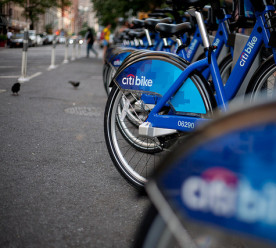 Google’s delayed entry into a consortium of advertising technology companies has spoiled the members’ push to comply with the General Data Protection Regulation (GDPR), leaving some firms exposed to fines. Most at risk are unwitting owners of ad-funded websites and apps, which Google has said have the responsibility of getting consent to serve targeted ads to European consumers. Data about a website visitor’s identity can pass through a dozen ad tech firms before an ad is loaded, and each one must have user consent or another legal basis to access it under GDPR. Hundreds of ad tech firms launched software together a month before GDPR kicked in on May 25, 2018 to verify consent before displaying ads, with Google announcing that it would not join the program until August 2018. As a result, some of Google’s advertising clients are targeting ads to users who have not given consent to personalized marketing. Four ad tech executives said they are counting on deference from regulators until Google supports the consortium technology. (Reuters)

PwC has been ordered to pay $625 million over its role auditing a US bank before its collapse in 2009, the largest damages award ever made against an accounting firm. A court has ordered PwC to pay a US regulator, the Federal Deposit Insurance Corporation (FIDC), for failing to do enough to uncover a fraud involving non-existent mortgages that triggered the failure of Colonial Bank. The judgement goes to the heart of a debate about the role auditors should play in catching misconduct. Colonial’s failure was caused by what the court described as a “massive fraud” orchestrated by some executives at the bank and at Taylor, Bean & Whitaker (TBW), the now-defunct mortgage group that was its largest customer. Barbara Jacobs Rothstein, US district judge in Alabama, had earlier accepted that PwC had been duped by a group of determined fraudsters. However, she also said PwC had failed to perform adequate checks — with its “negligence” meaning that the FDIC was entitled to $625 million in damages. (Financial Times*)

The Green Investment Group (GIG), owned by Macquarie Capital, has announced plans to develop renewable energy projects in North America for the first time. CIG will initially partner with California’s Candela Renewables to bring forward 1 gigawatt of new solar projects. Nick Butcher, global co-head of infrastructure and energy at Macquarie said the launch will focus the asset manager’s “long-term strategic commitment to the renewable energy sector and strengthens our ability to develop and construct green energy projects in the region.” Macquarie also announced that financial close has been reached on a new wind farm in Texas to mark the opening of the new clean infrastructure platform. The 200-megawatt wind farm, called Canadian Breaks, is the first wind deal to be reached in Texas’ panhandle region since 2016. GIG started life as the Green Investment Bank, a vehicle created by the UK Government to accelerate clean energy projects in the country. (Climate Action Programme)

Report: NHS could save £130 million a year by updating outdated energy systems

The British National Health Service (NHS) could save £130 million a year on its energy bills if it upgraded inefficient and outdated energy systems to smarter set-ups featuring smart meters, on-site generation, and storage technology. This is according to research from Centrica, published in their Distributed Energy: Powering the future of healthcare report. According to the report, upgrades could generate enough annual cash savings to fund an additional 4,000 nurses, as well as cutting carbon emissions across the service. The NHS currently spends at least £500m on energy every year, but Centrica argues that by installing more on-site generation such as solar panels, fuel cells, and batteries, and by using smart monitoring systems to maximise energy use at the cheapest time, significant savings could be made. (BusinessGreen)

Lyft has followed its rival Uber into bike-sharing, as the companies move to diversify the kinds of transportation services they offer. Lyft said that it was buying the core operations of Motivate, the parent company of CitiBike and several similar programs in United States cities. The business, to be renamed Lyft Bikes, will maintain control of Motivate’s contracts with New York, Chicago and six other cities. Financial terms were not disclosed, but media reports had previously suggested that Lyft would pay around $250 million for the business. The bike-sharing market is not huge, but its growth could cut into the companies’ core business. By offering alternatives to car rides Uber and Lyft are able to keep people using their services when taking a car makes little sense, particularly for short trips. Motivate is the largest provider of bike-sharing services in the United States, with it estimated that it is responsible for 80 percent of the bike-share trips taken in the US in the last year. (New York Times)

Image source: Citibike by Omar Rawlings on Flickr. CC BY 2.0.