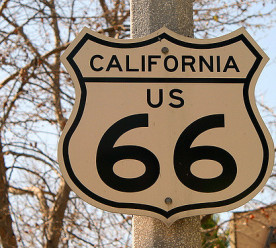 Nestlé’s commitment to responsibly sourcing 100 percent of its palm oil by 2020 has not prevented it from being suspended from the Roundtable on Sustainable Palm Oil (RSPO). The industry body, which requires member companies to adhere to a range of environmental and social criteria in order to secure RSPO certification, has announced that Nestlé has been suspended from the group with immediate effect after missing deadlines to file progress reports and pay its membership fees. However, in a statement Nestle suggested that while it hoped to return to the group the suspension was in part the result of a “fundamental differences in the theory of change that Nestlé and RSPO are employing to realise the ambition of a wholly sustainable palm oil industry”. In a statement responding to the decision, Nestlé’s global head of responsible sourcing Benjamin Ware said the company would continue to work with RSPO over the next 30 days in a bid to see how it can better contribute to the group and “hopefully re-qualify”. (BusinessGreen)

Berkshire Hathaway, Amazon and JPMorgan Chase have named prominent surgeon and researcher Atul Gawande as chief executive of their new venture that aims to overhaul workers’ health care. The selection of Dr. Gawande, a best-selling author known for his work on health-care quality, ensures the effort will remain under a spotlight, and provides the most concrete signal so far that the partners’ ambitions go beyond conventional tweaks to employer health-benefit plans. The leaders of the three partners have spoken about the need to rein in health-care costs and improve care using new approaches. “We said at the outset that the degree of difficulty is high and success is going to require an expert’s knowledge, a beginner’s mind, and a long-term orientation,” said Jeff Bezos, founder and CEO of Amazon. “Atul embodies all three, and we’re starting strong as we move forward in this challenging and worthwhile endeavour.” (Wall Street Journal*)

California has passed a digital privacy law granting consumers more control over and insight into the spread of their personal information online, creating one of the most significant regulations overseeing the data-collection practices of technology companies in the United States. The new law grants consumers the right to know what information companies are collecting from them and with whom they are sharing it. It gives consumers the right to tell companies to delete their information as well as not to sell or share their data. Businesses must still give consumers who opt out the same quality of service. The legislation, which goes into effect in January 2020, makes it easier for consumers to sue companies after a data breach. And it gives the state’s attorney general more authority to fine companies that don’t adhere to the new regulations. The California law is not as expansive as Europe’s General Data Protection Regulation, however, but is still considered one of the most comprehensive in the United States. (New York Times)

The Norwegian government has announced a pledge of 145 million kroner (£12 million) to help fight forest crime such as illegal tree clearances, the money will be shared by Interpol, the UN Office on Drugs and Crime and the Rhipto Norwegian Centre for Global Analyses. Forest crime is one of the world’s biggest, but least punished, illegal activities, from land-grabbing syndicates and transborder smuggling rings to corrupt politicians and fraudulent shell companies. Its impact is global, eroding crucial carbon sinks, natural wealth and ethnic diversity – yet very few perpetrators are caught. Environmental crimes are increasing by 5-7 percent per year, twice the rate of economic growth, according to Ola Elvestuen, the Norwegian environment minister. The main driver is the, often-illegal, expansion of the agribusiness frontiers of soy, palm oil and other crops. Loggers, farmers and ranchers push into protected areas and indigenous territories, often with the support of corrupt politicians and local police. (Guardian)

BP has made its latest investment in green energy after buying the UK’s largest electric vehicle charging company, as it looks to “advance the energy transition.” Chargemaster has 6,500 charging points and BP has 1,200 service stations in the UK, which will allow it to roll out ultra-fast charging units on a broad scale over the next year under the BP Chargemaster banner. BP estimates that by 2040 there will be 12 million EVs on UK roads, up from about 135,000 in 2017. “The development of convenient and innovative EV charging technologies and networks is a key part of BP’s strategy to advance the energy transition,” BP said. The energy giant added that it was “committed” to supporting ways for customers to reduce their emissions. David Martell, chief executive of Chargemaster said: “The acquisition of Chargemaster by BP marks a true milestone in the move towards low carbon motoring in the UK.” (Telegraph)