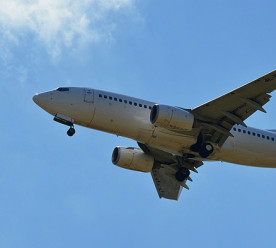 Airbnb has come out against the US Supreme Court’s decision to uphold President Trump’s travel ban on majority Muslim countries. “We are profoundly disappointed by the Supreme Court’s decision to uphold the travel ban — a policy that goes against our mission and values,” Airbnb co-founders Brian Chesky, Joe Gebbia, and Nathan Blecharczyk said in a joint statement on Twitter. “To restrict travel based on a person’s nationality or religion is wrong,” the statement continued. “We believe that travel is a transformative and powerful experience, and we will continue to open doors and build bridges between cultures around the world.” Airbnb also called out the Trump administration last year when the president’s executive order temporarily banning people from Muslim-majority nations from entering the country first took place. “Barring people from entering our country because of where they’re from was wrong the first time around — still wrong,” Chesky said at the time. (The Hill)

Singapore has lost grip of its top position in the Hinrich Foundation Sustainable Trade Index, falling to third place among 19 other Asian economies and the US. The Index, which evaluates economies based on economic growth, social capital and environmental protection, revealed that Singapore had performed generally well, ranking first in the economic pillar in 2018. However, lower scores on the environmental pillar have caused the country to slide by two places in the overall ranking compared to 2016 when it topped the list. Performance in environmental sustainability had generally deteriorated among richer economies, according to the report. With air pollution, deforestation and transfer emissions having worsened in 2018, Southeast Asian economies – particularly Singapore, Malaysia and Thailand – experienced major score declines. Singapore also had one of the highest levels of inequality in the Index based on the Gini coefficient which measures the inequality between the upper and lower income brackets of a country. Chris Clague, the EIU’s managing editor, said: “Governments are still the driving force behind sustainable trade and the results of the 2018 Index clearly show that many in Asia-Pacific need to be doing more.” “But it is encouraging to see that the private sector has come to see sustainability … as a vital component of corporate strategy,” he added. (Business Insider – Singapore)

Housing and car industries should be “ashamed” of climate record

The homebuilding and carmaking industries “should be ashamed” of their efforts to tackle global warming, according to the UK government’s official climate change advisor. Lord Deben, chair of the Committee on Climate Change (CCC), said housebuilders were “cheating” buyers with energy-inefficient homes and that motor companies were holding back the rollout of clean cars. The CCC’s annual report found the UK is on track to miss its legally binding carbon budgets in 2025 and 2030, due to lack of progress in cutting emissions from buildings and transport. It also said ministers were spurning low-cost options, such as onshore windfarms, home insulation and tree-planting, meaning people would end up paying more than needed to fight climate change. Home insulation installations are among the cheapest carbon cutting measures but the cancellation of government incentives has caused a 95% drop since 2012, the CCC said. (Guardian)

Water company United Utilities is set to reduce its yearly electricity bills and energy intensity by 10 percent after installing an energy flexibility platform which incorporates artificial intelligence (AI). The firm, which currently generates 21 percent of its electricity consumption through its own renewable arrays, will install the platform at two of its waste water treatment plants in Bolton and Chorley by the end of summer 2018. It aims to install the technology, called Dynamic Demand 2.0 and designed by Open Energi, in eight of its UK plants within the next year, representing up to 8MW of demand flexibility. This makes United Utilities the second UK-based company to install the technology after heavy building materials firm Aggregate Industries. Last week, United Utilities also announced plans to electrify its entire fleet within the next decade – reducing its annual diesel consumption from four million litres to zero by 2028. (Edie)

In San Diego this November, Ethical Corporation’s Responsible Business West Summit (Nov 12-14, San Diego) will bring together 400+ CEOs and heads of business to share ideas on how to navigate the issues facing digital-first business. This will be the MUST-ATTEND event for businesses tackling ethics and responsibility in a digitalised world.

Register here quoting CC200 to receive £200 off your ticket.