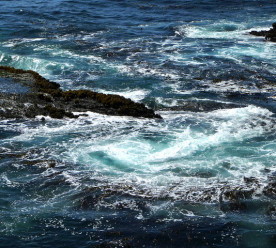 Deliveroo is to hand out £10 million of shares to 2,000 employees – but not to the thousands of couriers who deliver takeaway food for the company. All permanent staff, present and future, at all seniority levels will receive shares but couriers will miss out because Deliveroo classes them as self-employed contractors rather than employees. The share handout has been interpreted as the first step towards a potential flotation for the company, which is valued at more than $2 billion. However, a stock market listing is thought to be unlikely for at least 18 months. The Independent Workers Union of Great Britain (IWGB), which is attempting to raise £50,000 to continue its legal action over workers’ treatment at Deliveroo, has categorised the share handout as “just one more example of Deliveroo’s self-serving publicity stunts.” (Guardian)

Novartis has announced the departure of its top lawyer as the Swiss drugmaker attempted to draw a line under a controversy over $1.2 million it paid to a company owned by Donald Trump’s personal attorney in the year following the president’s 2017 inauguration. Felix Ehrat, group general counsel since 2011, said he would “take personal responsibility” for the agreement with Michael Cohen’s Essential Consultants, which Mr Cohen signed with Joe Jimenez, then Novartis chief executive. Mr Ehrat said in a statement: “Although the contract was legally in order, it was an error. As a cosignatory with our former CEO, I take personal responsibility to bring the public debate on this matter to an end.” Mr Ehrat’s departure came as Vas Narasimhan, who took over from Mr Jimenez as chief executive in February 2018, battled to contain the fallout from the controversy. US politicians have launched inquiries into the affair, and Swiss public prosecutors said they had discussed the case, although no criminal proceedings had been opened. (Financial Times*)

Water shortages to be key environmental challenge of the century, NASA warns

Water shortages are likely to be the key environmental challenge of this century, scientists from NASA have warned, as new data has revealed a drying-out of swaths of the globe between the tropics and the high-latitudes, with 19 hotspots where water depletion has been dramatic. Areas in northern and eastern India, the Middle East, California and Australia are among the hotspots where overuse of water resources has caused a serious decline in the availability of freshwater. Without strong action by governments to preserve water the situation in these areas is likely to worsen. NASA’s comprehensive study, the first of its kind, took data from the NASA Grace (Gravity Recovery and Climate Experiment) satellite mission to track global trends in freshwater from 2002 to 2016. The study is unprecedented, as the Grace data allowed the scientists to see in detail the changes in freshwater resources around the world, even where locally amassed data has been scarce or unavailable. (Guardian)

The UK government’s cross-party Environmental Audit Committee has released a report on green finance following an inquiry launched in November 2017. The report focuses on mobilising investment in clean energy and sustainable development to address falling investment, now at its lowest since 2008. The report criticises the privatisation of the Green Investment Bank.Since its sale to Macquarie and rebranding as the Green Investment Group only one of its first four investments has been in the UK. The report stresses that keeping costs to consumers down must not exacerbate the low level of investment problem. Itrecommends that the carbon price should be increased and extended over the entire economy. The topic of Brexit is also focused upon with the report urging the UK government to maintain a relationship with the European Investment Bank post-Brexit to secure sources of finance for riskier, early stage, UK green infrastructure projects. (CDSB)

The European Investment Bank (EIB) has announced a new agreement to support carbon reduction efforts in China. The €300 million investment, signed with the Export-Import Bank of China (Eximbank), will be used on a range of climate projects, including sustainable transport, energy efficiency, renewable energy, and water infrastructure. The initial loan is expected to lead to further investments totalling €1 billion in support of the transition to a low-carbon economy, provided both by the public and private sectors in China. Beijing, Tianjin and Hebei provinces will benefit the most from the new scheme with projects prioritised where pollution levels are highest and where they are deemed to have the most climate impact. While the €300 million was signed with the Chinese Ministry of Finance in late 2017, it is only now that Eximbank has joined on as a partner. The state-owned bank will be responsible for managing the lending programme on a local level, bringing in new financing and identifying the most appropriate projects. (Climate Action Programme)