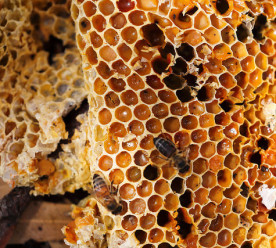 Sainsbury’s confirms plans to merge with Asda and cut prices

Sainsbury’s has confirmed plans to merge with Asda, which is currently owned by US supermarket giant Walmart. The supermarkets said that grocery prices would fall in both chains because of the merger. Sainsbury’s chief executive Mike Coupe said the deal would lead to no store closures and no job losses in stores. The combination of the UK’s second and third largest supermarkets would create a giant, representing nearly £1 in every £3 spent on groceries. Shares in Sainsbury’s jumped 16 percent in response to the merger news. Walmart will retain a 42% stake in the newly-merged company following the deal. Sainsbury’s and Asda said they would have a close relationship with Walmart as a strategic partner. The supermarkets said they expected to be able to lower prices “by around 10% on many of the products customers buy regularly”. (BBC)

US insurers not doing enough on sustainability, new report shows

A new report from sustainability advocate, Ceres, highlights a lack of ambition of dealing with climate change in the insurance industry compared with other sectors. The report, TURNING POINT: Corporate Progress on The Ceres Roadmap for Sustainability, examined how more than 600 large publicly traded companies have reportedly made progress against 20 key expectations of sustainability leadership – this includes areas of governance, disclosure, stakeholder engagement, environmental and social performance. The insurance sector analysis shows that just two companies have committed to reducing greenhouse gas emissions: MetLife and Travelers. The analysis finds what authors believe are deficiencies not only on the operational side, but on the investment side too. Only 31 percent of insurers have formal board oversight for sustainability, and just 38 percent of the sector hold senior executives responsible for sustainability performance compared with the overall average of 65 percent, according to the analysis. (Insurance Journal)

One of the world’s largest energy companies has vowed to step up efforts to halt the destruction of valuable rainforests, after Shell formally joined the corporate-led conservation programme REDD+ Business Initiative. The programme is designed to help companies embed forest conservation agendas into their corporate strategies. Established in 2017 by Dutch energy companies Eneco and Essent, along with flooring company Tarjett, trading company Cocoanect, Dutch development bank FMDe Groene ZaakO, sustainable business association De Groene Zaak, and climate markets firm Ecosphere+, Shell is one of its highest profile members to date. The move comes alongside Shell’s rollout of an offsetting programme for its corporate customers to offset emissions associated with vehicle fleets. Together signatories have promised to jointly invest in forest management and sustainable agriculture, in a bid to reduce emissions that stem from deforestation – currently 10 percent of the world’s annual emissions output. (BusinessGreen)

Waste management company Veolia has launched a new BioTrading website allowing businesses access to an online marketplace to buy and sell organic resources. The new site aims to save businesses time and money by connecting them directly to the organics markets, finding them the best deals for their organic waste needs. A wide range of resources will be made available on the website including food waste, food for redistribution, industrial organic by-products, agricultural wastes, biodiesel and bioethanol residues, sewage and industrial sludge and wood. Commenting on the launch of the website, Raquel Carrasco, Organics and Technology Director at Veolia UK, said: “Our new BioTrading website is the missing link for the UK’s organic resources and represents a real step forward in innovation. By operating as an agile trading platform it is a financial and environmental win-win for both buyer and seller.” (Resource)

The EU has voted for a permanent ban on pesticides that are harmful to bees. Three major neonicotinoid chemicals linked with the decline of pollinating insects will no longer be allowed outdoors across the region, building on existing restrictions in place since 2013. The near-total ban on these chemicals comes after mounting concern from scientists, environmental organisations and politicians about their impact on bees and the wider environment with these chemicals linked to “large-scale population extinctions” in bees. Indoor use of the pesticides – in greenhouses, for example – was not found to have the same harmful effects, and therefore has not been restricted. The ban has received extensive public support, with a petition from campaign group Avaaz gathering nearly 5 million signatures calling on European ministers to support it. (Independent)

Now in its sixth year, the AVPN Conference will bring together a diverse group of funders and resource providers from around the globe to take part in the largest gathering of social investors in Asia from grantmakers and impact investors to corporates and governments.This year’s theme, “Maximising Impact”, reflects the importance of driving strategic, collaborative, and outcome-oriented approaches to social investment. Through this lens, the conference will highlight opportunities and challenges for social investors and provide a platform for leaders across sectors to connect, learn and be thought leaders.

Image Source: Honeycomb by Ed Dunens on Flickr. CC BY 2.0.