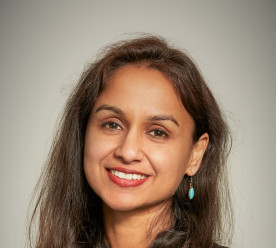 A surge in the sustainable proteins market is being driven by new consumer trends, but food companies are trailing in their response writes Aarti Ramachandran

So what is behind the rapid shift to alternative proteins?

At its root, issues around health, sustainability, traceability and animal welfare are having a greater impact on consumer purchasing decisions. Mounting scientific evidence is drawing a link between high meat consumption and some non-communicable diseases, and this is leading to a more consistent message being driven by health campaigners, professionals and regulators around the benefits of eating less meat. Furthermore, the expanding reach of social media platforms are creating a more informed consumer culture concerned with transparency in the meat industry.

Increasing product variety and innovation is also driving growth. From Beyond Meat and Impossible Burger to non-dairy milk from sources such as barley, flax, hemp and peas, consumers are spoiled for choice when it comes to enjoying food options that now mimic the texture, taste and nutritional profile of animal-based products. It’s no wonder that dairy companies like Danone and meat companies like Tyson Foods are making investments and acquisitions to broaden their plant-based portfolios.

Finally, there is increasing recognition that the meat industry’s dramatic expansion over the last few decades has come at a cost to the environment. The livestock industry is responsible for 14.5% of greenhouse gas emissions, that’s more than the transportation sector. The sector is also heavily dependent on unpriced externalities that include deforestation, unregulated antibiotic use, poor animal welfare practices, and low scrutiny of air and water pollution on surrounding communities for its continued growth.

FAIRR is an institutional investor network that facilitates a collaborative engagement with food companies on the need for protein diversification. As part of our investor engagement,  FAIRR analysed 16 multinational food companies to examine which were best positioned to capitalise on the transition to alternative plant-based proteins. The report found that all 16 companies now offer own-brand products that substitute meat and/or dairy – a clear response to growing consumer demand for these products.

However, companies still lack a cohesive strategy on protein diversification, and seem unclear on how to capitalise on this fast-growing demand. Only three of the companies (M&S, Nestlé and Unilever) have set goals to increase their portfolio of alternative proteins. Likewise, most retailers have failed to lead or create consumer demand for shifting diets and instead have been merely responding to existing demand.

Nestlé and Tesco leading the way

While the shift to alternative proteins has overwhelmingly been driven by consumer demand, two global companies, Tesco and Nestlé are helping to grow this market through better product development and innovation.

Tesco’s hire of plant-based innovation director and their introduction of 20 plant-based ready meals under the Wicked Kitchen brand is a notable step forward. The branding and marketing of these options is designed to appeal to consumers who eat meat, rather than more niche consumer categories such as vegans or vegetarians. Their customers have responded; according to Bloomberg, “the supermarket operator’s profit jumped in the latest financial year as it sold more ready meals from ranges like Hearty Food Co. and plant-based products from the new Wicked Kitchen line.”

Nestlé has also set an industry-wide example by tracking what percentage of its proteins are derived from plant-based ingredients. This has helped the company think about the best product lines that can be expanded through plant-based innovation.

On the other side, Costco was red-flagged by investors for lack of adequate disclosure on this issue. The company’s failure to recognise protein diversification as a material issue and its large footprint from its meat sales is worrying. This is compounded by recent ESG controversies such as its move to set up its own poultry processing plant in Nebraska which has attracted local opposition. Costco doesn’t reveal water and emissions footprints from meat, dairy and poultry sales to investors and that should worry stakeholders.

The inability of the global meat industry to manage the environmental, public health and animal welfare challenges that are being created by the world’s current demand for animal proteins provides a remarkable opportunity for food companies and their shareholders. The scale of the risks facing this sector make sustainable agriculture practices necessary, but not sufficient. Shifting consumption patterns to largely plant-based diets must also be part of the solution. Protein diversification is a financially material factor that can impact a food company’s core business value proposition – including its growth, profitability, risk exposure and ability to compete and innovate.