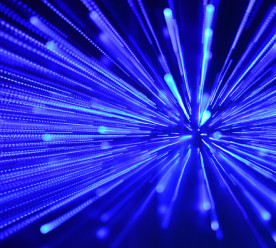 Whitbread to spin off Costa Coffee within two years

Whitbread has confirmed plans to spin off its Costa Coffee chain into a separately listed business within two years after activists piled on pressure for a split. The FTSE 100 firm, which also owns Premier Inn and restaurant chains including Beefeater, said it would demerge Costa, Britain’s largest chain of coffee shops, “as fast as practical and appropriate” once it had finished work on IT systems, international expansion and the company’s pension deficit. Adam Crozier, chairman, said: “The board fundamentally believes this is the best course of action to optimise value for shareholders over the longer term and will ensure both Premier Inn and Costa are positioned well to thrive as independent companies.” Whitbread had been under pressure to announce the split after activist investors Elliott Advisors and Sachem Head built up stakes in the company. Shareholders hope the split will boost the respective value of both parts of the business. (Telegraph)

US environment agency proposes limits to science used in rulemaking

The US Environmental Protection Agency (EPA) has proposed a rule that would limit the kinds of scientific research it can use in crafting regulations, an apparent concession to big business that has long requested such restrictions. Under the new proposals, the EPA will no longer be able to rely on scientific research that is underpinned by confidential medical and industry data. The measure was billed by EPA Administrator Scott Pruitt to boost transparency for the benefit of the industries his agency regulates. Scientists and former EPA officials, however, worry that such a move will hamstring the agency’s ability to protect public health by making key data off limits. The EPA has for decades relied on scientific research that is rooted in confidential medical and industry data as a basis for its air, water and chemicals rules with business interests arguing the practice is tantamount to writing laws behind closed doors and unfairly prevents them from vetting the research underpinning the EPA’s often costly regulatory requirements. (Reuters)

Altaba, formally called Yahoo, will pay $35 million to settle charges that it misled investors by failing to disclose a massive 2014 security breach according to the Securities and Exchange Commission (SEC). The fine is the first the SEC has levied against a public company for failing to disclose a cyber breach and comes as the agency tries to impress upon businesses the need for proper controls and procedures around cyber security. Yahoo was attacked in 2014 by Russian hackers and details about hundreds of millions of user accounts were stolen. The company did not tell investors about the attack until September 2016, after it had agreed a deal to sell its operating business to Verizon. The agency said Yahoo did not share information about the breach with its auditors or outside counsel. According to the SEC, Yahoo created a spreadsheet that “falsely represented to Verizon” that it knew of only four minor breaches. (Financial Times*)

The head of personal investing at the $1.2 trillion fund manager Legal and General says she plans to rescind investments in companies that haven’t worked at reducing climate change and that she’s lobbying other fund managers to follow suit. At a conference Helena Morrissey suggested that individual investors are becoming increasingly wary of putting their money in the market as they fear companies will act in ways that run counter to the investor’s own moral beliefs. To push the corporate world in the right direction, she says, the company will be “naming and shaming” those who have failed to act as it pulls it funding. “There comes a time when talk is over, and it’s time to vote with our feet. Money talks as they say,” she said. “Legal and General runs almost a trillion pounds of money so we are doing a lot with that. But if we add all our trillions together, we can certainly drive change.” (Fortune)

UK runs without coal power for three days in a row

The UK has been powered without coal for three days in a row, setting a new record and underlining the polluting fuel’s rapid decline. Coal has historically been at the cornerstone of the UK’s electricity mix, but last year saw the first 24-hour period that the country ran without the fuel since the 19th century. New records were broken last week when zero power came from coal for nearly 55 consecutive hours, a milestone that was in turn smashed with the UK this week having a coal-free run that lasted 76 hours. In the place of coal, during this period, nearly a third of Britain’s electricity supply as supplied by gas, followed by windfarms and nuclear on around a quarter each. The rest came from biomass burned at Drax power station in North Yorkshire, imports from France and the Netherlands, and solar power. Experts expect more milestones this year due to the UK’s increasing renewable capacity. (Guardian)