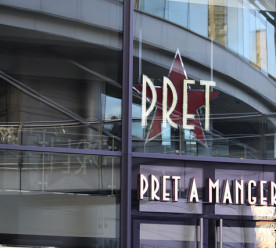 Pret a Manger has launched the UK’s first plastic bottle deposit return scheme, with three shops in Brighton now recycling any plastic bottles and returning a 10p deposit on any Pret-branded bottles. The trial is intended to last two months and initial feedback has been positive; a reported 15 percent of Pret bottles were returned on the first day. If the trial is successful then the food chain plans to introduce the scheme across more of its locations in 2018. The food chain has also partnered with bottle makers Chilly’s to create a range of reusable 500ml plastic bottles. This is the latest step in Pret’s move to reduce the number of plastic bottles it uses, having offered free filtered water stations that are available to both customers and passers-by at 66 shops across the UK since October 2017. (Climate Action Programme)

Report: World can limit global warming “without bioenergy with carbon capture and storage”

A new study published in Nature Climate Change suggests that it is possible to limit warming to 1.5°C above pre-industrial temperatures without using negative emissions from bioenergy with carbon capture and storage (BECCS) through utilising a range of highly ambitious mitigation options. BECCS is a controversial and largely untested negative emissions technology that has come to dominate pathways to 1.5°C despite the significant socio-political barriers widespread deployment of BECCS would face. The new paper instead explores alternatives including lifestyle changes, agricultural intensification and lab-grown meat, as well as an even more rapid adoption of renewables and energy efficiency. Some of these have tended to be excluded from the conversation, because their performance or cost are difficult to estimate and model. Whilst the alternative routes offered by the research would minimise the use of BECCS they themselves remain highly ambitious, including “100% adoption of healthy diets with lower levels of meat consumption” by 2050. (Carbon Brief)

The Environmental Defence Fund (EDF), a US green group, plans to spend tens of millions of dollars on a satellite to spot methane leaking from oil and gas industry installations. The project, which will be funded by private donations, is intended to provide public information that could be used by oil companies, investors and anyone else interested in assessing emissions of methane, a potent greenhouse gas. Mark Brownstein of the EDF said: “Technology has advanced in both capability and cost, so that you no longer need government agencies to gather information that is useful for solving environmental problems.” The satellite is intended to be able to identify methane concentrations in an area 1km2, sweeping once a week over 50 oil and gas producing regions that together account for about 80 percent of the world’s output. (Financial Times*)

The owner of Indonesia’s largest conglomerate has been accused of participating in the illegal deforestation of Borneo’s Ketungau peat swamp to make way for oil palm plantations. The Salim Group, owned by tycoon Anthoni Salm, Indonesia’s fourth-richest man according to Forbes, is reportedly linked either by ownership or association with two companies that cleared nearly 10,000 hectares of the protected rainforest. A new report, Palm oil sustainability assessment of Salim-related companies in Borneo peat forests, outlines that the Salim Group’s continuing reliance on “shadow companies” to sidestep legal oversight also raises questions over the complicity of major banks, such as Citibank, Mizuho, Standard Chartered, BNP Paribas and Rabobank, that finance the Salim Group. The report also alleges that the Salim Group was made aware of deforestation carried out by the two associated companies in early 2016 but failed to act despite repeated attempts at government intervention. (Mongabay)

The Competition and Consumer Commission of Singapore (CCCS) has issued several interim measures as it continues its investigation into Grab’s acquisition of Uber’s business in the city state. The measures include preventing Grab from taking over Uber’s operational data, such as historical trip data, to enhance its market position. Grab will also need to ensure that new drivers entering into an agreement to drive on its platform are not subject to exclusivity obligations. Another measure required the ride-hailing firms to maintain their pre-merger pricing and commission levels. CCCS also said that an independent monitoring trustee will be appointed to make sure the measures are complied with and that Uber will continue to be available in Singapore until 7th May, instead of the previously stipulated 15th April, “to allow a smoother transition time for riders and drivers”. (Channel News Asia)

Image Source: Pret a Manger by Carmen Voces on Flickr. CC BY 2.0.