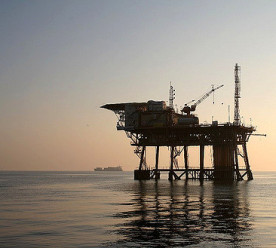 The New Zealand government will grant no new offshore oil exploration permits in a move that is being hailed by conservation and environmental groups as a historic victory in the battle against climate change. The ban will apply to new permits and won’t affect the existing 22, some of which have decades left on their exploration rights and cover an area of 100,000 km2. The prime minister, Jacinda Ardern, said her government “has a plan to transition towards a carbon-neutral future, one that looks 30 years in advance”. “Transitions have to start somewhere and unless we make decisions today that will essentially take effect in 30 or more years’ time, we run the risk of acting too late and causing abrupt shocks to communities and our country.” Greenpeace New Zealand said the government’s announcement was a “historic moment” for the country and “a huge win for our climate and people power”. (Guardian)

Nestle has announced plans to make all its packaging recyclable or reusable by 2025, becoming the latest food company to vow to reduce plastic waste. The world’s biggest packaged food company said it would focus on eliminating non-recyclable plastics, encourage the use of plastics that allow better recycling rates and eliminate or change complex combinations of packaging materials. However, their plan has been criticised by environmentalists for lacking substance, with Greenpeace referring to the announcement as “greenwashing”. They also suggested that Nestle currently lacks clear quantitative targets for the reduction of plastic waste and that the company should ultimately completely renounce single-use plastic packaging, which is a significant contributor to plastic pollution in the oceans. (Reuters)

The world’s biggest mining companies must improve their human rights record and step up efforts to curb environmental damage, the Responsible Mining Foundation has said in its first review of global mining practices. The Responsible Mining Index, assesses the policies and practices of 30 large companies that produce 25 percent of mined commodities, from gold to copper and coal, operating in more than 40 countries. The index ranked companies on six operational areas, including working conditions, environmental responsibility and ethical business conduct. Many have established good policies on some issues such as tackling corruption and limiting planet-warming emissions, a report on the index said. But most have taken little action in other areas, including monitoring how mining affects children and protecting female workers from harassment and sexual exploitation, it added.  Multinational mining firm Anglo American was the strongest performer overall due to its investment in the economies of producing countries, human-rights due diligence and engagement with local communities. (Reuters)

The Singapore office of Swedish furniture giant IKEA has announced that it will extend to its Malaysian employees a one-off, extra paid day of leave to return home for the coming polls. Malaysia’s 14th general election will fall on Wednesday 9th May 2018, which has been declared a public holiday for the country. “We take our social responsibilities seriously and we want to enable our co-workers to take individual responsibility, too,” said Ms Aldys Kong, IKEA Southeast Asia’s benefits and employment manager. “This benefit will make it a little easier for them to exercise the right to vote in Malaysia’s election. Anyone needing more than one day will be able to apply for annual leave.” There are about 80 Malaysians employed by IKEA Singapore, out of hundreds of thousands of Malaysian workers in Singapore. (Channel News Asia)

Argentina, host of the 2018 G20 summit, has dropped carbon pricing from the agenda but denies that this was an attempt to accommodate Donald Trump’s US. Argentina is taking over the presidency at a time when the US decision to withdraw from Paris Agreement has led to a rift between nations over climate change, with the G20 leaders, under Germany’s presidency, releasing a statement in 2017 that allowed the US to stand aside from commitments to climate change. Mercator Research Institute secretary general Brigitte Knopf, who leads a task force that advises on the G20 climate agenda, said: “Argentina is apparently not willing to face a situation where 19 countries stand against the one, as it was the situation under Germany’s leadership.” Carlos Gentile, Argentina’s secretary of state for climate change and sustainable development, however has emphasised that “Argentina has an independent position on each issue, and a very committed policy on climate change.” (Climate Change News)